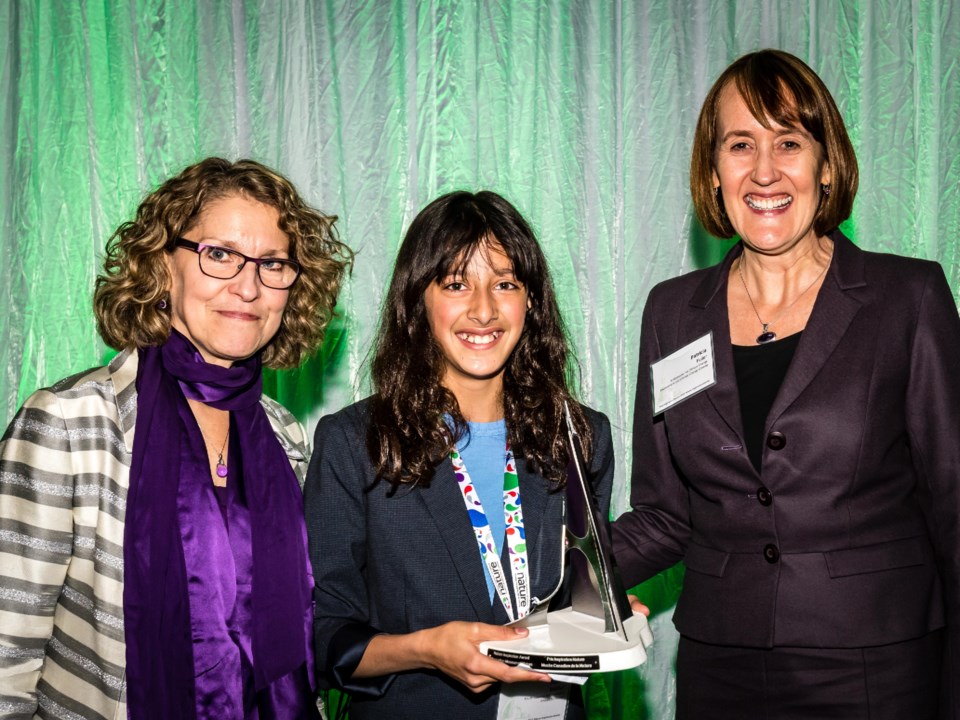 From left are Meg Beckel, president and CEO of the Canadian Museum of Nature, Sophia Mathur, winner of the youth Nature Inspiration Award and Patricia Fuller, Canada’s Ambassador for Climate Change. (Supplied)

A 12-year-old Sudbury girl who was one of the first young people on the planet to join the #FridaysForFuture movement has been presented with an award by Canada’s national museum of natural history and natural sciences.

For more than a year, Sophia Mathur has been striking once a month on Fridays in solidarity with 16-year-old Swedish climate activist Greta Thunberg. Since then, youth from around the world have joined the movement.

The Museum of Nature presented Sophia with a Nature Inspiration award in the youth category.

Here is what the Museum of Nature wrote about the tween: "Sophia's environmental lobbying to politicians began at age seven and has since taken her all the way to the United States Congress with the organization Citizens' Climate Lobby. She embraced Greta Thunberg's call for youth climate action and is credited for bringing Fridays for Future to Canada. Among her accomplishments, Sophia has spoken at national conferences and she helped create the art installation Parachute for the Planet, which was displayed in 2018 at venues including Parliament Hill."

In the video Museum of Nature made about Sophia, they said, "Sophia has shown adults how powerful a youth's voice can be when speaking to politicians."

The day after the award ceremony, Sophia met with the Honourable Catherine McKenna. In the summer of 2017, at the age of 10, Sophia met McKenna and made a pinky-promise with McKenna that she would help get adults to do more to protect the climate.

McKenna recalled that day in their meeting and had kept her previous correspondence with Sophia.

"The Canadian Parliament, my city and even my school board have recognized that we are in a climate emergency,” Sophia said.

“I want everyone to listen carefully to the experts including the IPCC, the Lancet Countdown, the Paris Agreement, and the Nobel Economists. It is so simple: listen and then co-operate, please."