“Your going to expose those very private parts that are saying one thing, and everything else about you is saying something else,” OLink said.
Jul 17, 2014 5:37 PM By: Jonathan Migneault 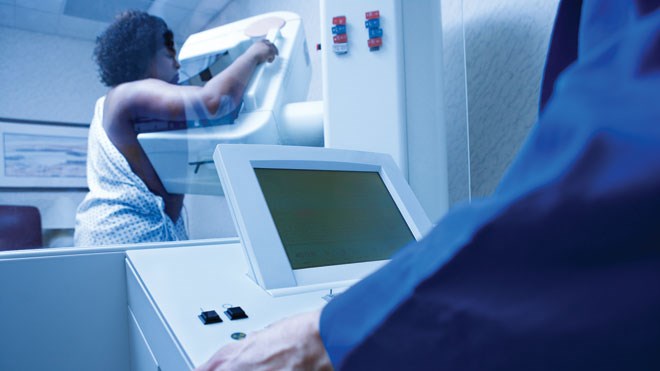 Research shows trans persons are less likely to get screened for cancer due to a distrust of the medical system and a fear of others' reactions. File photo.
“Your going to expose those very private parts that are saying one thing, and everything else about you is saying something else,” OLink said.

There is also a general distrust of the medical profession among the transgender community, OLink said, because most health-care professionals are not trained to understand trans people's needs and the issues they face.

To help change that situation, OLink became a health ambassador with the Canadian Cancer Society's Get Screened campaign.

The campaign, which started in Toronto and Ottawa in 2013, is an offshoot of the Canadian Cancer Society’s Screening Saves Lives program, which works with under-represented groups, such as low income families, visible minorities and Aboriginal people, who do not get potentially life-saving cancer screenings at the same rate as the general population.

Get Screened started to encourage people in the lesbian, gay, bisexual and transgender (LGBT) community to get screened for colon, breast and prostate cancers.

Health ambassadors like OLink connect with their peers to encourage them to get cancer screenings.

The Canadian Cancer Society also reaches out to partners, such as local public health agencies and Cancer Care Ontario, to help them meet the needs of the LGBT community.

“It became apparent that more tailored interventions were going to be necessary with those communities,” said Susan Flynn, manager of the Screening Saves Lives program.

Flynn said the Screening Saves Lives program has helped facilitate 35,000 conversations about cancer screenings since it started in 2007.

It's difficult to know exactly how many people have been screened because of the program, she said, but anecdotal evidence has been positive.

The program also hosts regular screening events across Ontario, where large groups of people get their cancer screenings the same day.

The Canadian Cancer Society will participate in Saturday's Pride Parade.

“We'll be marching in the parade,” Flynn said. “We want to demonstrate that the Canadian Cancer Society is inclusive of the LGBT community.”

For students, the Indigenous Studies program at University of Sudbury is far more than a university program — it is community
Apr 9, 2021 8:00 PM
Comments