As Sudbury.com relocates, a tribute to 158 Elgin Street

The building has been a part of Northern Ontario’s media landscape for nearly 50 years
May 5, 2021 12:15 PM By: Heidi Ulrichsen 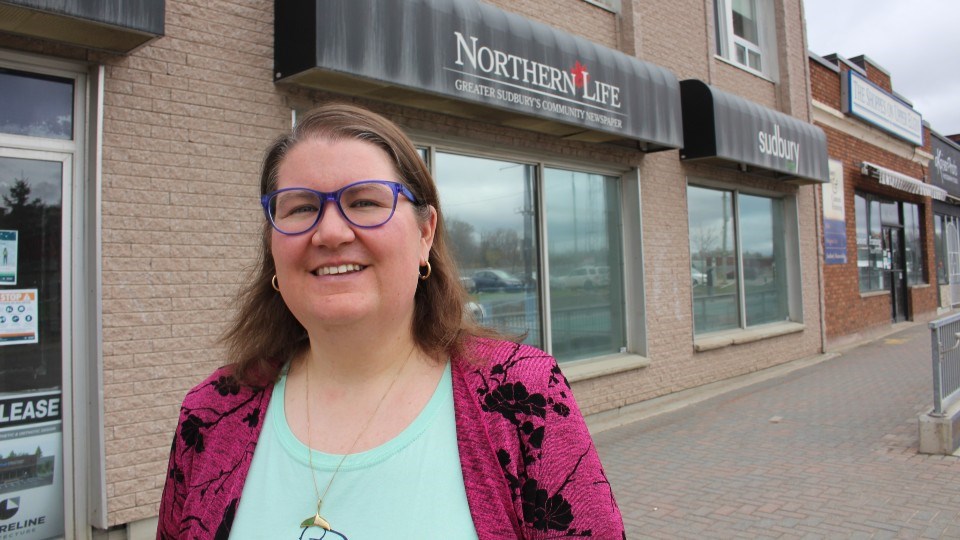 Sudbury.com associate content editor Heidi Ulrichsen outside of 158 Elgin St., on one of our last days here.Mark Gentili/Sudbury.com

This month, we pack up our boxes and say goodbye to the place where Sudbury.com has its roots.

Yes, we’re leaving 158 Elgin St., and moving a few blocks across the downtown to our new location in the office tower at Elm Place (formerly known as the Rainbow Centre).

Sudbury.com publisher Abbas Homayed has done an awesome job in supervising the renovations to give us a beautiful new home (he has high hopes we’re going to keep it clean; we’ll see how that goes).

While change is always exciting, I’d like to pay tribute to 158 Elgin., which has been a part of Northern Ontario’s media landscape for nearly 50 years.

It has been home to several publications, including Northern Life (our now-defunct predecessor newspaper), Northern Ontario Business (which continues as NorthernOntarioBusiness.com) and Sudbury.com, as well as many magazines that used to be in print, such as Sudbury Living.

The building is now owned by the architectural firm Centreline Architecture, which occupies the middle floor (we’ve continued to occupy the top floor over the past year since the building’s sale and Sudbury.com’s purchase by Village Media).

For me personally, 158 Elgin has been a second home since 2004, when I was in my mid-20s and fresh out of post-secondary school.

I was able to walk to work for many years, as I lived just across the tracks, on Riverside Drive. I also moved last year, so that’s no longer the case.

158 Elgin is the place I’ve spent nearly half my life, writing thousands of stories on nearly as many topics, forging friendships with coworkers, having good days, average and bad, bearing witness to the early 21st century.

I know this is my imagination, but the walls seem to hold the memory of generations of journalists and media workers (some of them sadly now passed on).

How many election nights have been covered here since the early 1970s, journalists working into the small hours of the morning, with technology evolving from paste-up to livestreaming, teletype to social media?

One thing that I’m sure was the same on all those election nights was the excitement and pizza (a traditional election night food, if you didn’t know).

Perhaps unique to my own era is the inevitable dash to turn off the building’s alarm system on election night (and I’ve unfortunately set it off more than a few times on other evenings as well).

In case you were wondering, our unofficial Sudbury.com mascot, Cardboard Ryan Reynolds (which has spent the past few years taped to the back of the door in the ladies’ washroom at 158 Elgin), will be accompanying us to our new location.

We’re hoping that the smallest occupants of 158 Elgin, who city council reporter Matt Durnan calls his “emotional support mice,” won’t also pack up their boxes and make the move with us (or hide in ours).

(Gross but true: both community editor Mark Gentili and I have had the disgusting misfortune of stepping on a dead mouse in the newsroom early in the morning).

So, here’s to the next era of Sudbury.com at Elm Place. We carry the spirit of 158 Elgin with us.

Heidi Ulrichsen is the associate content editor with Sudbury.com. She’s been covering the news here in Greater Sudbury since 2004.

Quality time with the parental unit while changing the brakes on my car
Jun 2, 2021 2:02 PM
Comments