OTTAWA — Consumer rights advocates are criticizing the latest statement on airline refunds from the country's transport regulator, saying it contradicts federal and provincial rules to the detriment of customers.
Nov 24, 2020 8:20 PM By: Canadian Press 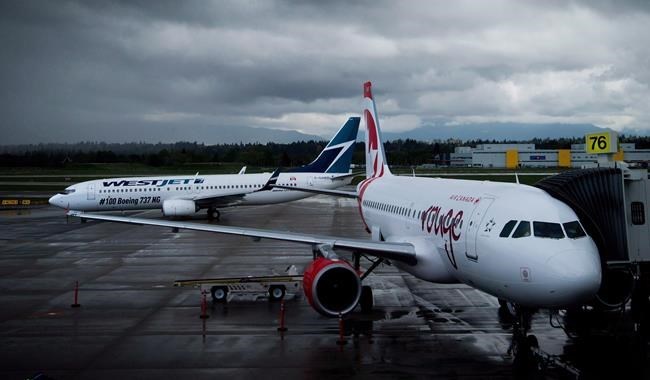 OTTAWA — Consumer rights advocates are criticizing the latest statement on airline refunds from the country's transport regulator, saying it contradicts federal and provincial rules to the detriment of customers.

The Canadian Transportation Agency updated its statement on vouchers last week, writing that "the law does not require airlines to include refund provisions" in their passenger contracts — known as tariffs — for flights cancelled due to reasons beyond carriers' control, such as the COVID-19 pandemic.

The CTA website post tops up its initial statement on travel credit from March, which suggested refunds are mandatory only if the tariff provides for it in certain cases.

However, passenger rights advocates say both statements go against federal and provincial law and legal precedent.

An airline's terms of carriage must clearly lay out its policy on matters including "refunds for services purchased but not used ... either as a result of the client’s unwillingness or inability to continue or the air carrier’s inability to provide the service for any reason," according to regulations under the Canada Transportation Act.

The same terms and conditions must be "just and reasonable," the Air Transportation Regulations state. In at least four decisions going back to 2004, the CTA has cited the phrase in upholding passengers' right to reimbursement following flight cancellation.

A 2013 decision concerning Porter Airlines found that “it is unreasonable for Porter to refuse to refund the fare paid by a passenger because of its cancellation of a flight, even if the cause is an event beyond Porter’s control."

"The refund has to be addressed in the tariff. And the tariff has to be just and reasonable," said Gabor Lukacs, founder of the Air Passenger Rights group.

"For us, it's nonsense, especially in Quebec. Because the rules in the Civil Code that are speaking about force majeure — act of God — say that if a merchant cannot deliver the service because of a force majeure, then he must give a refund."

Provincial law applies to companies regardless of whether they are provincially or federally regulated, Thériault said, citing Supreme Court of Canada precedent.

"And I’m pretty confident that no province in their contract law and in their consumer protection laws allow a business to take your money without giving you any service."

Passenger protection regulations rolled out last year stipulate that, in the event of a cancellation that is within the carrier’s control, airlines must “refund the unused portion of the ticket” if alternate travel arrangements do not suit the customer’s needs.

If a flight is cancelled for reasons outside an airline’s control, however, the Air Passenger Protection Regulations (APPR) only require alternate arrangements, not a refund — though tariffs at multiple airlines when the pandemic hit spelled out passengers’ right to a refund as an alternative.

"If the CTA is given the necessary authority, we will move quickly to make changes to the APPR to fix this gap in the framework. In the meantime, we encourage airlines to adopt policies providing for refunds if flights are disrupted for reasons outside their control and rebooking options do not meet a passenger's needs," the CTA said in an email.

"The CTA does not apply provincial law."

As for case law, the agency said its past decisions "may have limited relevance in the face of new circumstances," including last year's passenger rights charter.

Lukacs argued the new batch of regulations does not nullify older ones that, when paired with previous CTA decisions, amount to a refund requirement.

Most Canadian airlines continue to offer travel vouchers rather than reimbursement for flights they cancelled as a result of the COVID-19 pandemic, with WestJet a notable exception since October.

Transport Minister Marc Garneau said earlier this month that an aid package now in the works for commercial carriers will hinge on them offering refunds to passengers whose trips were nixed — a long-standing demand by advocates and opposition parties.

The pandemic has devastated airlines and the broader tourism industry, with travel restrictions and collapsing demand prompting tens of thousands of airline layoffs and billions of dollars in losses.

But customers say they too are in need of funds they believe they are owed.

The CTA says it has received more than 10,000 complaints since March. Meanwhile Air Canada garnered more refund complaints to the U.S. Department of Transportation than any American carrier in August, the latest month for which statistics are available.

Passengers have also filed a handful of proposed class-action lawsuits and three petitions with more than 109,000 signatures that call for customer reimbursement.

The CTA said in March that airlines have the right to issue travel credit instead of a refund for cancelled trips in the "current context," though it later clarified that the online statement was "not a binding decision" and that reimbursements depend in part on the contract between airline and passenger.

"The statement was issued in extraordinary circumstances and addressed the risk that passengers would be left with nothing in the event of flight cancellations outside of the airline's control," the CTA said Tuesday.

It added that complaints remain an avenue for travellers, though as of several weeks ago none of the 10,000-plus filed to the CTA had been handled due to an earlier backlog.

This report by The Canadian Press was first published Nov. 25, 2020.