CALGARY — The Alberta Court of Appeal has refused to throw out one of the convictions against a man who was found guilty of killing a father and his two-year-old daughter as well as a senior.
Nov 24, 2020 2:34 PM By: Canadian Press 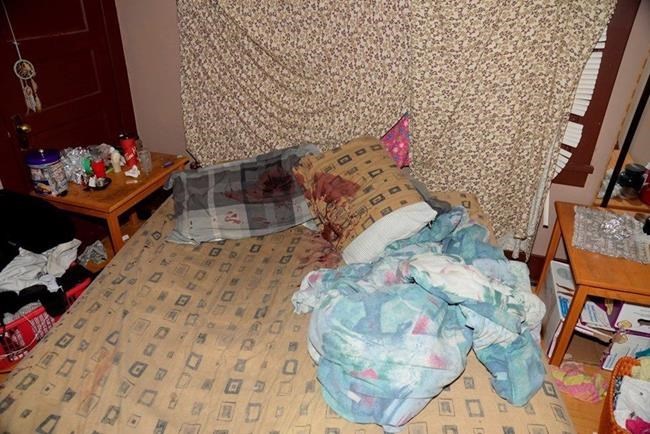 CALGARY — The Alberta Court of Appeal has refused to throw out one of the convictions against a man who was found guilty of killing a father and his two-year-old daughter as well as a senior.

Derek Saretzky's lawyer, Balfour Der, had argued that his client's first-degree murder conviction in the death of Hanne Meketech, 69, in September 2015 should be overturned because Saretzky's rights were breached when police improperly took his confession.

Saretzky was also convicted of first-degree murder in the slayings of Terry Blanchette, who was 27, and his daughter Hailey Dunbar-Blanchette.

Saretzky, 27, was in custody when he confessed Meketech's killing to an RCMP officer who visited him at a correctional centre.

Der said Saretzky should never have been convicted in the woman's death since the confession came without a lawyer present and six months after Saretzky admitted to killing Blanchette and the toddler.

The Crown argued that at the time of the police interview Saretzky would have been well aware of his right to counsel.

"The appellant was not under arrest and the trial judge found he had not been detained," wrote Justice Peter Martin on behalf of the court.

"Those findings were well supported by the evidence and are entitled to deference. I agree with his conclusion that on considering all of the circumstances of this case, the appellant's confession would not have been excluded."

Meketech's body was found in her home in Coleman, Alta., on Sept. 9, 2015. She had been struck in the head and stabbed in the neck.

During the trial, the jury was shown videotaped confessions in which Saretzky told police it was a spur-of-the-moment decision to kill Meketech, who was a friend of his grandparents, because he didn't think anyone cared about her.

Five days later, Blanchette's body was discovered in his home in Blairmore, Alta. His daughter was missing, which sparked an Amber Alert and an extensive search in the Crowsnest Pass area of southwestern Alberta.

Court heard Saretzky was "an aspiring serial killer" at the time of the attacks. He had few close friends and possessed numerous books on serial killers and serial killings.

Saretzky was sentenced in 2017 to three consecutive life sentences, which means he is ineligible for parole until he has served 75 years in prison.

The Court of Appeal still has to schedule and hear an appeal of the sentence.

This report by The Canadian Press was first published November 24, 2020.