CALGARY — A privacy expert says Alberta's plan to use smartphone technology to enforce quarantines should come with a clear end date and detailed explanation of how data would be handled.
0
Apr 8, 2020 8:51 PM By: Canadian Press 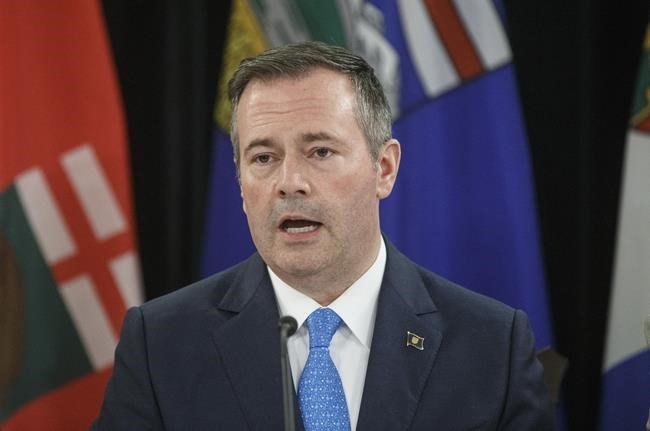 CALGARY — A privacy expert says Alberta's plan to use smartphone technology to enforce quarantines should come with a clear end date and detailed explanation of how data would be handled.

The move is one plank of a "relaunch strategy" outlined by Premier Jason Kenney in a televised speech Tuesday to get COVID-19 under control so that economic activity can resume.

"I was very clear that we intend to follow the lessons learned from successful countries like Taiwan, Singapore and South Korea to more quickly reopen our economy," Kenney told the legislature Wednesday.

"And the relaunch strategy involves, in part, the limited and appropriate use of wireless apps, of smartphone apps for individuals who are under quarantine order."

Kenney used the example of someone flying into Alberta from a country with a high infection rate.

"We want to know if that person is actually going to go home and stay home. And, if not, we can deal with that individual before they spread the virus."

Sharon Polsky, president of the Privacy and Access Council of Canada, said most Canadians would understand the rationale behind the move.

"But they would be ... much more inclined to trust these privacy-invasive measures if they had some certainty that these temporary measures would have a finite end," said Polsky, who added that emergency measures can always be renewed if necessary.

She said governments must also be transparent about who is collecting and processing the data, how it's being used, where it will be stored and who will have access to it.

"Without that level of openness, people rightfully are distrusting."

Polsky noted western governments were initially outraged that China monitored its citizens in such a fashion as the pandemic spread there.

"Unfortunately, it's all too easy to jump on that bandwagon. If it worked in one place, let's use it somewhere else, including in Canada."

Dr. Ameeta Singh, who specializes in infectious diseases at the Royal Alexandra Hospital in Edmonton, expects the vast majority of people would follow quarantine orders.

But that's not always the case.

"To be honest, I never thought that such a strategy might be considered in Canada, but sometimes in the interest of the greater public health, such measures may be necessary," said Singh, who is also a clinical professor at the University of Alberta.

Kenney said in his speech that restrictions to slow down the spread of the novel coronavirus must continue, and a limit on public gatherings is expected to last through May.

After that, he said, Alberta plans to introduce a number of measures with the dual purpose of recharging the economy while making sure the virus remained contained.

Those measures are to include mass testing — up to as many as 20,000 tests a day — and expanded tracing of infection sources.

There is to be enhanced screening and quarantining of international visitors.

Kenney also said Alberta will encourage the widespread use of masks in crowded spaces such as mass transit.

At a news conference later Wednesday, Kenney said further details about the strategy will come later, including a policy on how the government will use smartphone technology.

"We'll have to make choices in this new world," Kenney said.

"One choice is we lock everybody down on a quasi-permanent basis, which is impossible, or we take a smart and more targeted approach. And one way of doing that is the smart use of wireless technology."

Dr. Bhagirath Singh, a microbiologist at Western University in London, Ont., said it's good to start thinking about what needs to be done to get economies running again.

"We have to have a plan in place and this is the time to have that plan," he said.

"We have to start thinking about this now. We can't just wait."

This report by The Canadian Press was first published April 8, 2020

No winning ticket for Friday night's $20 million Lotto Max jackpot
Jun 6, 2020 5:49 AM
The latest numbers on COVID-19 in Canada
Jun 6, 2020 4:00 AM
A look at how provinces plan to emerge from COVID-19 shutdown
Jun 6, 2020 4:00 AM
Comments
We welcome your feedback and encourage you to share your thoughts. We ask that you be respectful of others and their points of view, refrain from personal attacks and stay on topic. To learn about our commenting policies and how we moderate, please read our Community Guidelines.