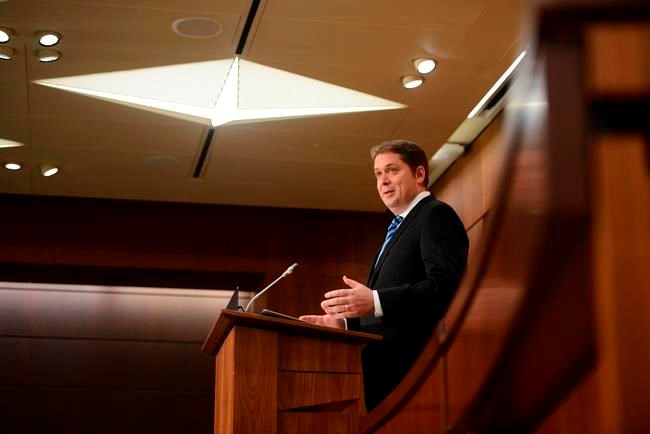 OTTAWA — Prime Minister Justin Trudeau said Monday his decision to attend an anti-black racism rally even amid ongoing restrictions on gatherings related to COVID-19 was a matter of balancing important competing interests.

Trudeau was among thousands of people who flooded the streets of Ottawa Friday as part of protests around the world demanding immediate action to dismantle systemic racism.

He said watching people from his office windows in downtown Ottawa, it was important for him to send a message he was listening to their concerns.

The gatherings flouted ongoing public health restrictions on mass gatherings designed to slow the spread of COVID-19. Trudeau's attendance, and the fact the protests weren't stopped by authorities, have led to calls of a double standard, considering Canadian individuals and businesses have faced fines, among other repercussions, when they've flouted the rules.

Trudeau said he did his best to observe public health protocols, including wearing a mask and respecting physical distancing where possible.

"I recognize it is a difficult situation where we are tying to balance very important competing interests," Trudeau said.

"But for me it was important that I be there to hear."

Trudeau's attendance came as many Canadians have spent months in relative isolation from friends and families, as well as their jobs, Opposition leader Andrew Scheer pointed out Monday.

"After all the hardship that people have gone through, to see the prime minister completely ignore those types of health guidelines and recommendations, I can understand why people are confused as to what advice they should be following," Scheer said.

The protest movement was ignited after George Floyd, a black man in Minnesota, died while in police custody last month.

Video footage of a police officer kneeling on his neck for close to nine minutes, even as he said he couldn't breathe, has now circulated online millions of times.

Since then, images and reports of Canadians, including Indigenous Peoples, being subject to violence at the hands of police have also begun circulating.

Federal public health officials said Monday they will be watching carefully for any increases in COVID-19 transmission because of the risk posed by the setting.

Dr. Theresa Tam, the chief public health officer, said people who attended the gatherings should evaluate what happened to them in the moment in terms of potential exposure to the novel coronavirus.

Tam said factors to consider include whether people were wearing masks properly and had access to hand sanitizer or handwashing facilities.

People should also monitor their symptoms, and if they think it is necessary, go get a test if the option exists in their local health area. Officials also cautioned it can take a while before exposure to the virus results in a positive test, so people should not be lulled into a false sense of security if they get a negative result.

Trudeau said finding a way to strike a balance between COVID-19 mitigation measures and allowing people freedom to express their concerns over current events is challenging.

"We have to get that balance right," he said.

"I continue to exhort Canadians to do just that."

While attending the protest, Trudeau had knelt down on his knee, a gesture many were making in solidarity with Floyd's plight. The move also gained recognition in 2016 when Colin Kaepernick, then a player in the NFL, began kneeling during the American national anthem to protest anti-black racism in the United States.

Conservative leadership candidate Leslyn Lewis appeared to strike a chord with many over the weekend when she pointed out that Trudeau could "take a knee" for the protest, but distancing restrictions have barred millions of Canadians from kneeling down in houses of worship.

Conservative MPs seized upon that theme in the House of Commons Monday, pressing the Liberals to justify Trudeau's actions.

Lewis in turn issued an open letter to Trudeau Monday calling on him to provide the science behind decisions being made to allow protests but not gatherings like weddings or funerals.

"You have stated many times that your government makes decisions based on evidence and data," she wrote.

"I respectfully request that you release the data you used to make your recent decision to Canadians who would like to confidently make informed decisions regarding their own health and the health of their loved ones."

Erin O'Toole and Derek Sloan, also both running in the race, issued statements of their own Monday, blasting the hypocrisy they said was playing out.

This report by The Canadian Press was first published June 8, 2020.

After Sloan's ouster, other conservative factions wonder what's next for them
Jan 28, 2021 4:00 AM