FREDERICTON — Border restrictions related to COVID-19 are proving a hazard for Canadian members of a golf course along the Canada-U.S. boundary.
May 23, 2020 4:05 AM By: Canadian Press 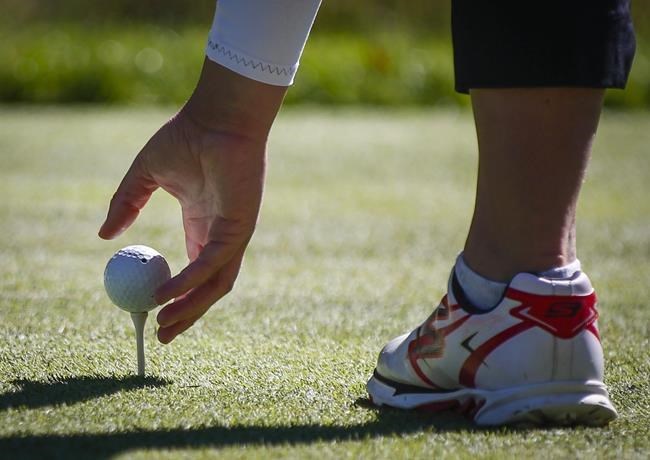 FREDERICTON — Border restrictions related to COVID-19 are proving a hazard for Canadian members of a golf course along the Canada-U.S. boundary.

The Aroostook Valley Country Club, built during the Prohibition era of the 1920s, has its pro shop and parking lot in the state of Maine, while the clubhouse and fairways are in New Brunswick.

Canadian members have crossed through the border point at Fort Fairfield, Maine, for years, but pandemic concerns have blocked them from entering the state. And even if they could get in, they'd have to self-isolate for 14 days upon returning home.

"Unfortunately right now with the international border closed, our Canadian membership cannot get to the golf course because the roads that lead to the golf course are entirely in the United States," said club pro Stephen Leitch.

"They need to go through an official point of entry to get to our parking lot and they are not able to access the golf course right now."

Leitch said some of the club's American members are lobbying Sen. Susan Collins for an exemption to allow their Canadian playing partners to cross without restriction.

"The key to resolving this is to have U.S. Customs officials permit 'temporary' entry from Canada for current members of AVCC until the border officially opens. We are asking our members and friends to email U.S. Senator Susan Collins and express their concern for AVCC's future existence," reads part of a message posted on the club's website.

Leitch and other staff of the course are Canadian and live in New Brunswick, but are allowed to cross the border because they are considered essential workers to the business.

Brent Hatchard, a club member who lives in New Brunswick, said he's not holding his breath in anticipation of an exemption from border officials.

"We are hopeful, but we are such a small item in the scheme of a (5,000-kilometre) border with less than 200 members —we're probably not a big enough issue to get the feds involved," Hatchard said.

Built by businessman on both sides of the border in 1929, the course provided an opportunity for the American members to play golf and have a few drinks when they crossed into Canada, where the clubhouse and fairways are located — and booze was legal.

Membership tends to be evenly split between Canadians and Americans.

Hatchard calls the course "a jewel in the middle of nowhere", and one of the nicest courses in either the province or the state.

He said it would be nice to play this summer on the course where he's a member, but he will just have to play at other courses in the province this season.

The Aroostook Valley course is offering Canadian club members who have already paid their dues a credit for next season, as well as pro-rated dues if the border is opened later this year.

"We have always operated in a spirit of fairness and will continue to do so," Leitch said.

This report by The Canadian Press was first published May 23, 2020.