OTTAWA — Alain Babineau recalls the discriminatory hurdles he faced trying to join the RCMP in the early 1980s, including a question in his first interview about what he would do if called a word notorious for its overt racism against Black people.
Dec 4, 2020 5:46 PM By: Canadian Press 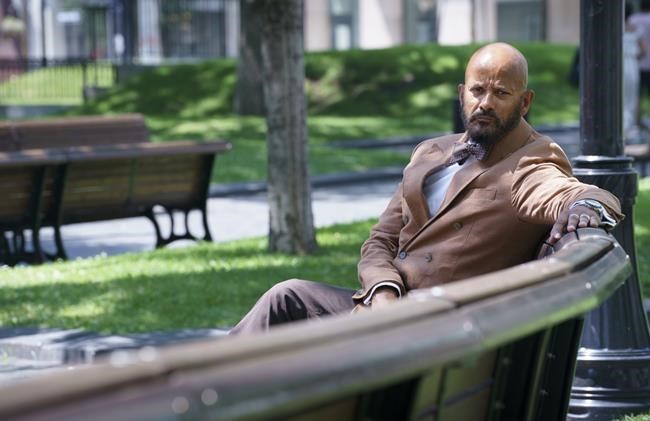 OTTAWA — Alain Babineau recalls the discriminatory hurdles he faced trying to join the RCMP in the early 1980s, including a question in his first interview about what he would do if called a word notorious for its overt racism against Black people.

Those racist undertones followed him, though, once he became a Mountie.

His story isn't unique, he said in an interview Friday, pointing to other federal public servants, past and present, who have faced similar barriers in their careers.

This week, he is one of several current and former Black federal workers who are named as plaintiffs in a class-action lawsuit filed against the federal government, alleging systemic discrimination in how it has hired and promoted thousands of public servants for nearly half a century.

The lawsuit filed in Federal Court, which has not been certified, alleges that some 30,000 Black civil servants have lost out on "opportunities and benefits afforded to others based on their race" going back to the 1970s.

The statement of claim says the $900 million the lawsuit is seeking in damages would compensate Black public servants for the mental and economic hardships they faced.

The workers are also asking for a plan to finally diversify the federal labour force, and eliminate barriers that even employment equity laws have been unable to remove.

Babineau said some of the positions he was promoted to during his time in the RCMP were set aside for visible minority candidates. Whenever he got a promotion, Babineau said he was labelled as having only moved up because of the colour of his skin.

And when he was given a chance to help bring in diverse recruits, Babineau said he was met with a "dog-and-pony show" that didn't address hurdles that could dissuade young Black Canadians from signing up, like being assigned to largely white communities.

"People that have decision-making authority, they just go about their business, and they (are) just part of it," Babineau said, referring to systemic discrimination.

"It continues on and … they don't even realize what it is."

Many Black public servants over the years have remained relatively silent about their experiences, but that changed over the summer as the Black Lives Matter movement grew internationally, said lawyer Courtney Betty.

The Toronto-based lawyer was on a Zoom session with a group of employees over the summer to talk about the issue without any intention of pursuing legal action.

That changed, he said, after hearing some of their stories.

He pointed to one the plaintiffs, Jennifer Phillips, who works for the Canada Revenue Agency.

The statement of claim says she has worked for the agency for about 30 years, faced demeaning comments and lack of career opportunities, pointing to her being promoted only once over three decades.

"I couldn't say no, and it wasn't an easy decision, to say yes, to take this challenge on," said Betty, himself a former Justice Department lawyer.

"But I just thought that something had to be done, to at least give them some resolution after all these years."

He said the plaintiffs in the case are hoping their legal action ensures others don't have to go through the same pain they did in their careers.

Betty also said the government has provided compensation for other groups of employees that suffered similar financial pain, and taken steps to deal with systemic issues like harassment in the RCMP after lawsuits were launched.

None of the allegations in the statement of claim has been tested in court. The Treasury Board said it cannot comment on the lawsuit at this time.

The secretariat acknowledged in a statement that systemic racism is a "painful lived reality" for Black, racialized and Indigenous people in Canada.

A spokeswoman also pointed to the government's throne speech pledge to diversify the top ranks of the public service, and the $12 million over three years in this week's fall economic statement towards that end.

This report by The Canadian Press was first published Dec. 4, 2020.