MONTREAL — A body found along the shoreline of Lac-St-Jean on Friday evening might be one of two remaining French snowmobilers listed as missing after their trip turned deadly in January.
0
May 23, 2020 12:03 PM By: Canadian Press 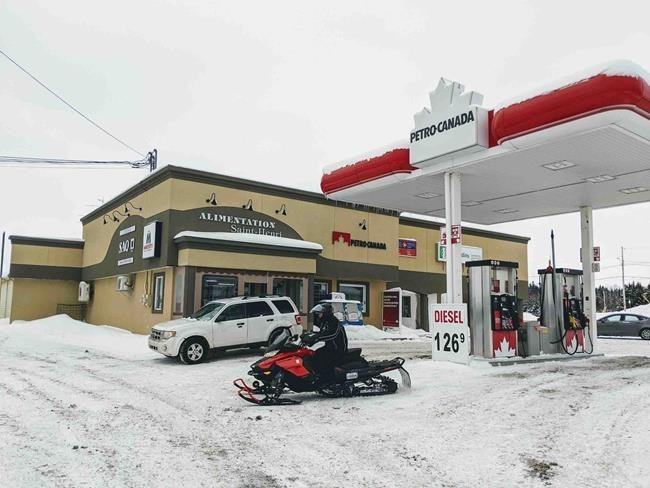 MONTREAL — A body found along the shoreline of Lac-St-Jean on Friday evening might be one of two remaining French snowmobilers listed as missing after their trip turned deadly in January.

Quebec provincial police say a body was found along the shoreline by a passerby in Alma, in the province's Saguenay-Lac-St-Jean region north of Quebec City.

Two snowmobilers remained unaccounted for after the Jan. 21 incident involving a group of eight tourists from France and their Montreal-based guide.

The group left the safety of the marked trail through the woods and ventured towards the icy expanse of Lac-Saint-Jean, where the ice gave way somewhere between St-Henri-de-Taillon and Alma.

Police recovered snowmobiles and the bodies of three of the French tourists and their Montreal-based guide while three others escaped without injury.

"According to initial information, it could be one of the snowmobilers who sank at the mouth of Lac-Saint-Jean last January," he said Saturday.

After 16 consecutive days of searching, police suspended the search for the two remaining missing snowmobilers on Feb. 6.

The Quebec coroner's office has identified the victims as Julien Benoit, 34, Yan Thierry, 24, Gilles Claude, 58 — all of France — and their guide, 42-year-old Benoit L'Esperance of Montreal.

Two other men who remain unaccounted for are Jean-Rene Dumoulin, 24, and Arnaud Antoine, 25.

This report by The Canadian Press was first published May 23, 2020.

Stockwell Day steps down from several roles after comments about racism
Jun 3, 2020 10:34 PM

The latest numbers on COVID-19 in Canada
Jun 3, 2020 7:09 PM
Comments
We welcome your feedback and encourage you to share your thoughts. We ask that you be respectful of others and their points of view, refrain from personal attacks and stay on topic. To learn about our commenting policies and how we moderate, please read our Community Guidelines.