FREDERICTON — Crown and defence lawyers have concluded their cases in the trial of Fredericton mass shooter Matthew Raymond and both sides have put a fundamental question to the jury: did the accused know he was shooting at human beings when he kille
Nov 16, 2020 5:12 PM By: Canadian Press 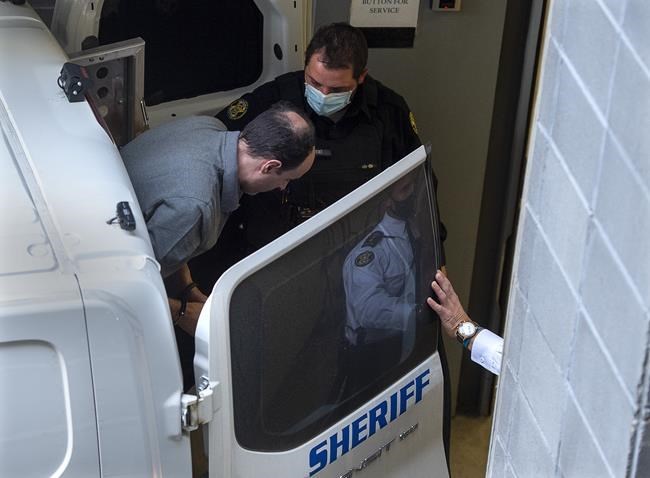 FREDERICTON — Crown and defence lawyers have concluded their cases in the trial of Fredericton mass shooter Matthew Raymond and both sides have put a fundamental question to the jury: did the accused know he was shooting at human beings when he killed four people two years ago, or did he see only demons and devils?

Crown prosecutor Darlene Blunston told the jury on Monday there was planning and forethought when Raymond purchased large amounts of ammunition, loaded a semi-automatic rifle that had been modified to shoot extra rounds and barricaded himself in his Fredericton apartment before he started firing at people in a parking lot below.

She said his actions before and after the shooting on Aug. 10, 2018 are inconsistent with those of a mentally deranged person in the throes of delusions of the apocalypse.

“The evidence shows that Matthew Raymond did understand the nature of his actions and knew they were wrong,” Blunston said.

Raymond, 50, has pleaded not guilty to four counts of first degree murder, with his lawyers arguing he should be found not criminally responsible due to mental illness.

Both the Crown and the defence have agreed that Raymond is mentally ill and that he is the person who killed the four people. The disagreement is over whether he understood what he was doing, knew who he was hurting and could comprehend right from wrong.

Killed in the shootings were Donnie Robichaud, Bobbie Lee Wright and Fredericton police constables Robb Costello and Sara Burns. The four victims were all shot in the parking lot of the Fredericton apartment complex where Raymond lived.

Robichaud and Wright were killed while packing their car for a trip, and the police officers died when they responded to the crime scene. The shootings shocked the quiet New Brunswick capital where violent crime is rare.

Nathan Gorham, lead defence lawyer for Raymond, told the jury on Monday the mass shooting was an “unspeakable tragedy” that took the lives of four innocent people. But he said the effect of Raymond’s mental disorder was that he did not understand the impact of his actions.

Gorham took the jury through evidence from Raymond’s computer and his bizarre writings that illustrate how his “fixed, false beliefs” led him into a mad world of demons, devils and serpents.

He said Raymond’s life was “laid bare” for the court as his declining mental state was traced from 2017 until the shooting in 2018. Gorham said Raymond became fixated on strange conspiracy theories, including a belief that the earth was flat and that there was no such thing as zebras and black and white cows. He said Raymond believed he had a God-given ability to detect demons in the population and collected photos of prominent politicians and celebrities who he believed were from the dark realm.

Gorham said there is ”no other motive for the killings other than the fact Raymond believed he was under attack by demons and devils.”

Raymond was shot in the abdomen during the police action to capture him on the day of the shooting. Blunston told the jury that nurses who cared for him in the Fredericton hospital found him calm and lucid. Shortly after he regained consciousness, she said, he was asking for a lawyer.

Blunston said there are too many inconsistencies in the way Raymond acted to believe he was delusional and unable to understand the harm he had done.

The trial will resume Tuesday morning when Justice Larry Landry gives his charge to the jury.