TORONTO — The conviction of a teenager for the hideous practise of "swatting" must stand even though it took three years from his arrest to completion of his trial, Ontario's top court ruled on Tuesday.
Jun 9, 2020 1:46 PM By: Canadian Press 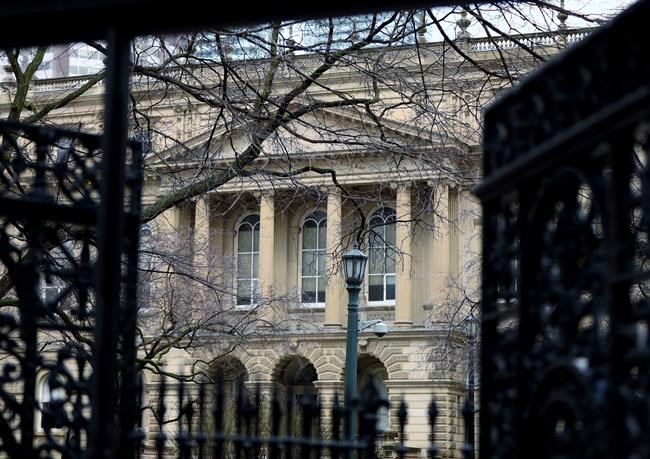 TORONTO — The conviction of a teenager for the hideous practise of "swatting" must stand even though it took three years from his arrest to completion of his trial, Ontario's top court ruled on Tuesday.

In dismissing a challenge from the youth, the Court of Appeal noted the offences were serious and caused lasting harm.

"There were numerous victims confronted by police in the sanctity of their homes or schools," the court said. "Many of the immediate victims were school-age children or young adults (and) these victims' families and communities also suffered from lasting fear and anxiety due to the swatting and necessary aggressive police responses."

"Swatting" involves bogus reporting of serious threats such as hostage-takings, either as a prank or for revenge. The ensuing emergency response from police SWAT teams can be terrifying and even deadly for unsuspecting victims, who suddenly find themselves in the cross-hairs of tactical police officers.

In the current case, an Ontario court judge convicted C.G., then 16, of Ottawa, of swatting-related charges including public mischief and uttering threats. The series of incidents occurred over a month in early 2014.

Trial evidence was that C.G. had made hoax threats to places across North America, including California, Quebec, Alberta and Ontario. Most threats were directed at schools, homes or a mall.

In each case, a caller using a Skype account as "Anonymouse Official" claimed to have planted a bomb and that people were going to die. He sometimes added he was armed and prepared to shoot people, or had taken hostages.

"As a result of these hoax threats, schools were evacuated and homes were entered by tactical police teams," the Appeal Court noted.

Despite his denials and the circumstantial evidence against him in the technically complex case, the trial judge convicted C.G. and sentenced him to nine months in a youth open-custody facility.

The judge refused to stay the proceedings after C.G. argued a breach of his right to be tried within a reasonable time. He blamed the prosecution for how long the case had taken to complete, including a trial that took 30 days rather than the Crown's initial 10-day estimate.

C.G. appealed. In its analysis, the appellate court found it had taken almost three years from C.G.'s arrest to the end of his trial — through no fault of the defence. That length is almost double the 18 months the Supreme Court of Canada has set as the presumptive limit.

"The question is whether the Crown discharged its burden to show exceptional circumstances that render this delay reasonable," the Appeal Court said.

To that end, the court accepted the trial judge's findings that the case was highly complex and involved "relatively novel evidence." The judge's scheduling of four-day hearing blocks to make it easier to follow the technical evidence added to the length of trial but that might have actually made proceedings more efficient, the higher court said.

The Appeal Court agreed that "exceptional circumstances" warranted the longer time frames. It also found the Crown had consistently tried to mitigate delays.

"This was a case that bore all the hallmarks of complexity," the Appeal Court said. "There was a high societal interest in a trial on its merits. The seriousness of the offences weighs in favour of finding the delay was reasonable."

This report by The Canadian Press was first published on June 9, 2020.

Alberta, Ottawa sign deal that reduces oilsands environmental monitoring
Aug 4, 2020 4:00 AM
Comments
We welcome your feedback and encourage you to share your thoughts. We ask that you be respectful of others and their points of view, refrain from personal attacks and stay on topic. To learn about our commenting policies and how we moderate, please read our Community Guidelines.