MONTREAL — A Quebec coroner who looked into the death last year of a 24-year-old runner in a Montreal half-marathon is raising several issues with communication and organization at the event. Patrick Neely died last Sept.
Jun 29, 2020 7:16 PM By: Canadian Press 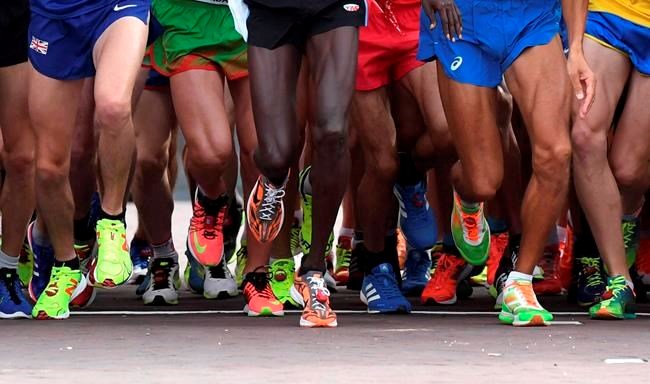 MONTREAL — A Quebec coroner who looked into the death last year of a 24-year-old runner in a Montreal half-marathon is raising several issues with communication and organization at the event.

The report Monday noted numerous shortcomings — a serious lack of volunteers, a lengthy delay of nearly 10 minutes for paramedics to arrive after police called, and a failure to transport Neely to the hospital best equipped to deal with cardiac arrest patients.

Neely, an engineer from Beaconsfield, Que., died the same evening of multiple organ failure in what was ruled a natural death. Coroner Gehane Kamel noted Neely had a congenital heart condition that was known to his physicians, but it had been stable for years.

Kamel wrote that knowledge of cardiopulmonary resuscitation should be a requirement for Montreal police officers, noting the officer who first tended to Neely happened to know the technique because of experience with a previous police force.

And while there were 52 defibrillators on site during the race — both stationary and mobile — there wasn't one available where Neely collapsed, and Montreal police cars aren't equipped with defibrillators.

With the help of a bystander who was a nurse, the officer attempted to resuscitate Neely, but she knew that without a defibrillator time was short.

Her initial call to paramedics inside a nearby mobile medical clinic was not answered. Finally a fellow officer ran to the nearest fire hall for help, and firefighters arrived two minutes before the paramedics.

Kamel noted that Neely was taken to the nearest hospital instead of one of seven in Montreal that offered hemodynamic treatment, a procedure which would have greatly improved chances of survival.

From an organizational standpoint, the marathon was well short of volunteers — only 60 out of 200 that had been needed for the race.

"It is Montreal police officers who had to offset this lack of manpower by adding more than 200 police officers to those already planned and playing a role which was not originally intended for them," Kamel wrote.

Confronted by the logistical problems, the race director Dominique Piche stepped down in the days after the event.

Kamel recommended that the city not allow such events to go forward in the future if organizers are unable to meet strict guidelines.

Other recommendations include making defibrillator locations along the route widely known and Health Department instructions to transport cardiac patients to a hospital that offers hemodynamic services.

On Monday, Eddy Afram, chief executive of the marathon, reiterated his sympathies to Neely's family in a statement and said the coroner's report had been reviewed.

"We have discussed and will continue to discuss with the City of Montreal, police, and emergency responders measures to mutually ensure the highest safety standards for any future editions of the marathon," Afram said.

"The health and safety of runners, employees and volunteers remains the highest priority of the marathon."

Police and paramedic services were not immediately available to comment.

This report by The Canadian Press was first published on June 29, 2020.

Report on Quebec woman murdered by offender on day parole calls for better oversight
Jan 21, 2021 11:33 AM