Ex-Gander mayor disappointed in lack of U.S.-Canada co-operation during pandemic

GANDER, N.L. — Former Gander, N.L., Mayor Claude Elliott knows a thing or two about co-operation between Canada and the United States in a crisis — and he's not liking what he's seeing during the COVID-19 pandemic.
0
Apr 5, 2020 1:53 PM By: Canadian Press 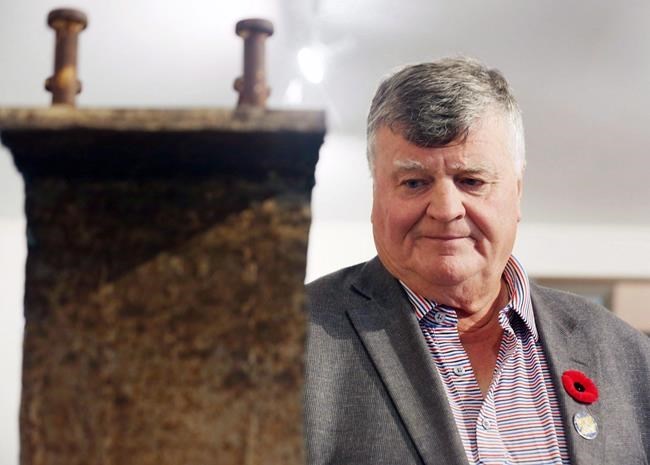 GANDER, N.L. — Former Gander, N.L., Mayor Claude Elliott knows a thing or two about co-operation between Canada and the United States in a crisis — and he's not liking what he's seeing during the COVID-19 pandemic.

Elliott rose to international prominence when the small Newfoundland town housed 6,600 stranded travellers in the wake of the 9/11 attacks, a story that has been popularized in the award-winning musical "Come From Away." He's disappointed in reports that Minnesota-based manufacturer 3M has been told to stop exporting face masks.

"I understand the United States is going through a very dramatic time, especially in New York and they need a lot of supplies, but we're fighting an enemy that is just not one state, it's the whole world," said Elliott on Sunday. "And when we come to those times of tragedy in our life, we need everybody helping each other."

Elliott has been self-isolating at home and says that when he does go out for groceries or other necessities the streets of Gander are quieter than usual, with people carefully adhering to physical distancing guidelines.

It's almost the opposite of what Gander was like following the terrorist attacks of Sept. 11, 2001. The town of over 11,500 added about 66 per cent of its usual population for a week as 38 civilian and four military planes were forced to land at Gander's airport when all flights across North America were grounded.

Newfoundland and Labrador Premier Dwight Ball criticized Trump's measures on Sunday, saying that he was "infuriated" and highlighted how his province had stepped up for Americans during 9/11.

Elliott agreed with his premier.

Earlier this week, Gander and "Come From Away" were trending on Twitter in Canada when Florida expressed concerns about letting two COVID-19-stricken cruise ships dock. The ships had passengers from around the world, including close to 250 Canadians.

3M, one of the United States' largest producers of the medical-grade face masks known as N95 respirators, said in a statement Friday it had been told by the White House to stop exporting the equipment to markets in Canada and Latin America — a charge the White House has denied.

However, President Donald Trump has invoked the Defense Production Act, a Korean War-era law that provides the power to redirect U.S. manufacturing capacity in times of national crisis, to compel American producers of personal protective equipment (PPE) and ventilators to ramp up their production and prioritize orders for the Federal Emergency Management Agency.

"If we don't help each other, it will probably be a long, long time before we get over this pandemic," said Elliott, who worked as a paramedic for 30 years. "There's no question about it."

By John Chidley-Hill in Toronto.

— With files from The Associated Press

This report by The Canadian Press was first published on April 5, 2020.

Fredette presents risk to public safety, correctional documents suggest
Jun 2, 2020 5:48 PM
Comments
We welcome your feedback and encourage you to share your thoughts. We ask that you be respectful of others and their points of view, refrain from personal attacks and stay on topic. To learn about our commenting policies and how we moderate, please read our Community Guidelines.