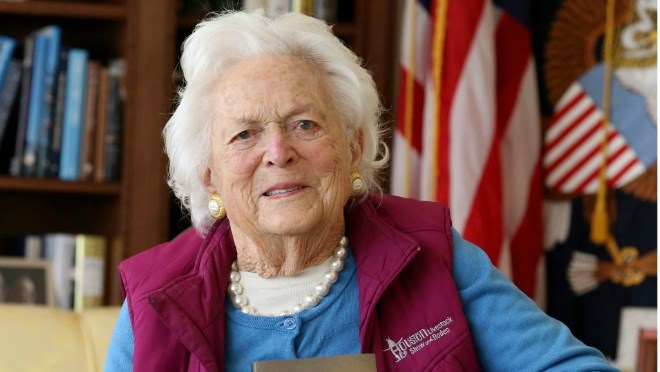 The announcement was made on Twitter by Jim McGrath, the spokesperson for the former president.

The family had announced Sunday that the ailing Bush was no longer seeking medical treatment.

She and the former president were married for 73 years and had five children, 17 grandchildren and seven great grandchildren.

Quebec woman suspected of sending ricin to White House expected in court today
Sep 22, 2020 12:35 PM
Comments
We welcome your feedback and encourage you to share your thoughts. We ask that you be respectful of others and their points of view, refrain from personal attacks and stay on topic. To learn about our commenting policies and how we moderate, please read our Community Guidelines.