Executives from three of Canada's largest grocery chains were in communication before launching and ending temporary wage increases for grocery store workers during COVID-19, but maintain their decisions were not co-ordinated. Metro Inc.
Jul 10, 2020 6:50 PM By: Canadian Press 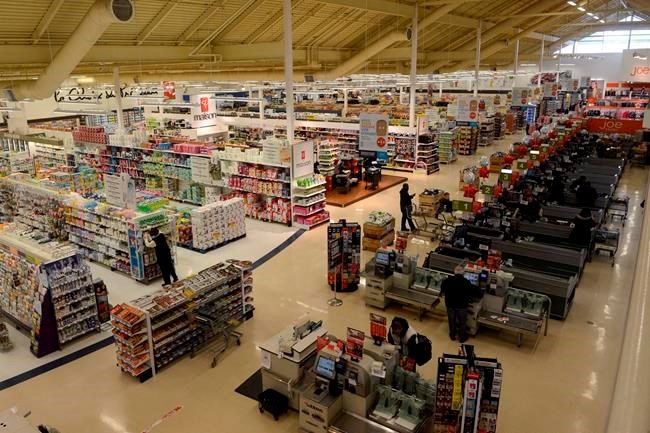 Executives from three of Canada's largest grocery chains were in communication before launching and ending temporary wage increases for grocery store workers during COVID-19, but maintain their decisions were not co-ordinated.

Metro Inc. was aware of Loblaw Companies Ltd.'s decision to stop its so-called pandemic pay program before it made a similar decision, chief executive Eric La Fleche told the House of Commons standing committee on industry, science and technology Friday.

La Fleche said that a Metro competitor's move was one of several influencing factors in its decision-making process.

He joined the Loblaw president and Empire Co. Ltd. chief executive at a two-hour session about why they stopped paying a temporary wage bump to employees as of June 13.

"Let me be absolutely clear, we did not co-ordinate our decisions," said Michael Medline, Empire CEO, in his opening statement before the committee. Medline, whose company owns the Sobeys and Safeway brands, was the first of the trio to give his opening remarks.

"The decision was our own."

Loblaw president Sarah Davis echoed the sentiment, but noted she sent a "courtesy email" to both competitors, as well as Walmart and Save-On-Foods, on June 11. The latter two did not appear at the hearing.

The email notified competitors of Loblaw's decision to end its pandemic pay program on June 13. The company had already informed its roughly 200,000 employees, she said, and recognized "the news would be public immediately."

La Fleche said in later questioning that he was aware of the email when Metro made its decision to end its bonus pay program on the same day.

"We made our own decision based on the information we had, which included that last piece of information, yes," he said.

He called it "one factor among others" contributing to its decision. Other factors included the broader economic reopening, other retailers starting to open their doors, lower business volumes and a gradual return to more normal conditions.

Empire had not received Davis's email when the company made its decision to terminate the extra wages, said Medline, but had heard through the grapevine that Loblaw was considering doing so.

Davis received a reply to her June 11 email, and said she would provide copies of the original and all answers to the committee.

In addition to receiving the email, La Fleche said he made several phone calls to competitors in May and June to ask whether they planned to extend their bonus pay programs or end them on previously announced dates.

"In perfect compliance with The Competition Act, I asked my counterparts their intentions regarding whether or not they would maintain the temporary bonus," he said, in a translation from French, during his opening remarks.

In each case, competitors, including Medline from Empire and Davis from Loblaw, told him they had not yet decided.

"Whatever the case, those calls were made in a decisional process that was much larger and ... did not inform our decisions."

When asked why he made the phone calls, La Fleche answered he "wanted as much information as I could have in order to make a best decision for our company, our employees at the right time."

He said he would "absolutely not" characterize those conversations as trying to obtain a tacit agreement on wages.

Those who sent emails and made phone calls said they consulted with company counsel before doing so and lawyers were present during at least one phone discussion.

The appearance was a chance for the executives to admit they were wrong to end the pay increases, said Jerry Dias, president of Unifor, a private sector union.

"What we got instead was highly paid grocery executives insisting they did not collude, and then going on to say — remarkably — virtually the same thing over and over again," he said in a statement.

"The executives all admitted to exchanging 'courtesy emails' and 'courtesy calls' on pandemic pay, and yet insist there was no collusion. I look forward to the committee's ruling on that."

Unifor has been critical of retailers ending temporary wage increases while the pandemic continues and has called for the pay bump to be permanent.

This report by The Canadian Press was first published July 10, 2020.