'Hardship is not a new thing': Nunavut fights COVID-19 as cases continue to rise

IQALUIT — It has been just over two weeks since Nunavut declared its first case of COVID-19, but it's still unknown how 84 people were infected so quickly in the territory. Nunavut is home to about 39,000 people.
Nov 20, 2020 6:57 PM By: Canadian Press 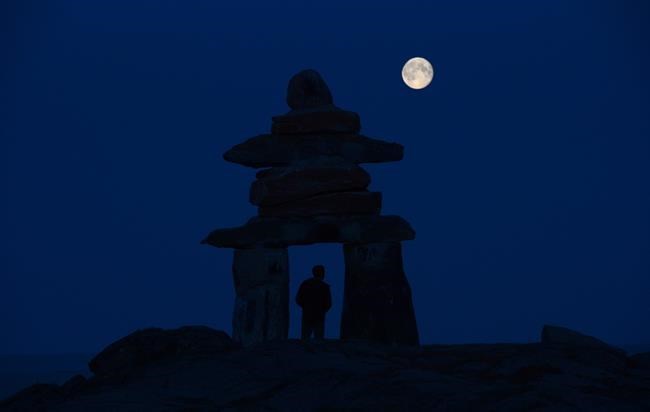 IQALUIT — It has been just over two weeks since Nunavut declared its first case of COVID-19, but it's still unknown how 84 people were infected so quickly in the territory.

Nunavut is home to about 39,000 people. Its 25 fly-in-only communities are spread over three time zones.

Arviat, on the western shore of Hudson Bay where about 2,800 people live, had 58 cases as of Friday. Dr. Michael Patterson, the territory's chief public health officer, says it's the only place where there's evidence of transmission from household to household within the community.

There are also 13 cases in nearby Rankin Inlet, 11 in Whale Cove and two in Sanikiluaq. But those cases are all within the same households.

John Main, who represents Arviat-North and Whale Cove in Nunavut's legislative assembly, says it's "hard to see" how housing issues wouldn't have contributed in some way to COVID-19's rapid spread.

"It’s no secret that we’re in a housing crisis. We’ve had issues around housing for many, many years ... Things like multiple generations of families living in one unit, people sleeping in areas that are not meant to be bedrooms," Main says.

But Main says it's not just housing that makes Nunavut more vulnerable to COVID-19. Food insecurity, a high unemployment rate and low educational attainment levels are all contributing factors, he says.

"We know that there’s all these things that are working against us, these things we have to battle alongside COVID now."

Cynthia Carr, an epidemiologist and health policy expert based in Winnipeg, says with a long incubation period, usually four to six days, it's easy for an asymptomatic person to spread the virus without knowing they're infected.

"All it takes is one case to get in" she says. "When you’ve got many people close together within a building, that's exactly the risk factors for spread."

Last week, Nunavut ordered a territory-wide two-week lockdown to control the spread. Carr says looking at other countries, it usually takes 18 or 19 days to see the effects of a lockdown.

"It will be interesting to see if it’s different for Nunavut," she says.

The territory's only hospital, Qikiqtani General Hospital in Iqaluit, is more than 1,200 kilometres from Arviat. It has 25 beds, but no intensive care unit. Rankin Inlet has a health centre with six beds.

Patterson says if someone needs to be hospitalized because of COVID-19, they would be brought to Rankin Inlet or transferred to the South.

"If anybody is in a situation where they need ongoing fluid, oxygen, or life support, they obviously can't stay in a health centre and will need to go to a southern hospital," Patterson says.

Typically, Nunavummiut who need medical care not available in the territory are flown to Edmonton, Winnipeg or Ottawa. But with cases rising in Southern Canada and hospitals in Manitoba reaching full capacity, Patterson says his team is looking at other options.

Last week, Patterson said the territory's capacity to respond to its COVID-19 outbreak is "stretched" and the federal government is ready to step in if necessary.

Main says although cases in Arviat continue to rise, he's confident Nunavummiut will "get through this," as they've done before.

"Elders have been sharing their life lessons putting things in context, the younger generations need to keep this in mind" Main says.

"Hardship is not a new thing and it’s not something that will beat us."

PMOops: Trudeau's office releases account of him scolding O'Toole before he does it
Nov 27, 2020 8:07 PM

Mountie says he suggested meeting with CBSA on Meng arrest to avoid 'problems'
Nov 27, 2020 8:02 PM
A look at what provinces and territories have said about COVID-19 vaccine plans
Nov 27, 2020 7:52 PM
Comments
We welcome your feedback and encourage you to share your thoughts. We ask that you be respectful of others and their points of view, refrain from personal attacks and stay on topic. To learn about our commenting policies and how we moderate, please read our Community Guidelines.