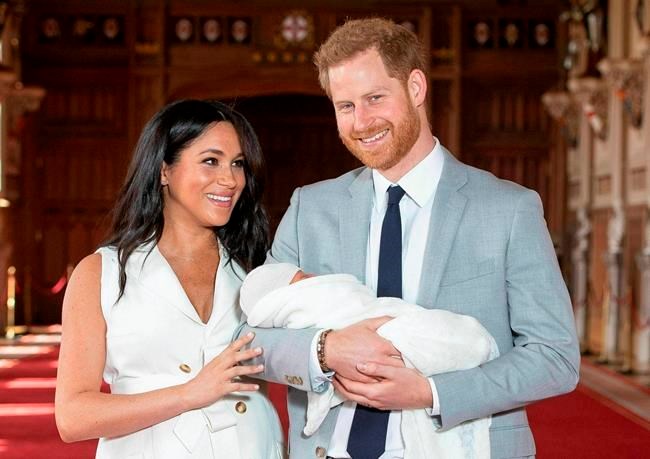 VICTORIA — Prince Harry and Meghan Markle wouldn't be the first couple to visit Victoria and end up wanting to make British Columbia's capital city their home, says a royal expert.

If the Duke and Duchess of Sussex decide to make the community their part-time base, the city's mild winters by Canadian standards, British heritage and laid-back Vancouver Island lifestyle could be attractions.

"Very typically, people come here on vacation — we're a tourist town — and they go home and they decide they would like to find a way to move to Victoria," said Bruce Hallsor, a spokesman for Victoria's Monarchist League of Canada. "That's not an unusual story to hear around here."

He said plans by the Duke and Duchess of Sussex to spend part of their time in Canada also signals the start of a generational shift for the monarchy and the Commonwealth.

The Queen approved a plan after a family meeting Monday, saying there will be a period of transition to sort things out on the couple's future roles as members of the Royal Family during which Meghan and Harry will spend time in both Canada and the United Kingdom.

B.C. Premier John Horgan said he had a light-hearted discussion Monday with Prime Minister Justin Trudeau about the prospect of the royal couple making a part-time move to B.C. "We're both kind of giddy about it," he said.

Hallsor said the decision by Harry and Meghan to step back from their royal duties could tighten Canada's ties to the monarchy.

"The monarchy is an evolving institution and it changes because it's a human institution," he said. "It changes from generation to generation. I see this as an opportunity for Canada to strengthen its relationship with the Royal Family and for the monarchy to have even more relevance in Canada."

He said the possibility of Harry and Meghan planning to live and work in Canada should be viewed as a positive opportunity.

David Spence, president of Vancouver Island's Royal Commonwealth Society, said Harry and Meghan's plans should be greeted as the start of a new generation for the monarchy.

"They are venturing beyond the traditional royal roles that have been set," said the former United Church minister. "It's a new generation. I'm thinking they are the ones that will provide a 21st century expression of monarchy."

Spence said their plans are also a fresh opportunity to fulfil their roles as youth ambassadors for the Commonwealth.

Prof. Mariel Grant, a modern British historian at the University of Victoria, said the announcement by Harry and Meghan must have brought back memories of the abdication crisis in 1936 for the Queen, who saw her father become king after his brother stepped aside.

"It's pretty similar to what happened in 1936 when Edward VIII abdicated without consulting anybody in the family and basically handed them a fait accompli," she said. "I think from a historical perspective this must have been very difficult for the Queen given what happened to her own family when she was a little girl."

She said by Harry and Meghan publicly announcing their plans, the Queen had to call a family gathering.

"Presumably what's happened here could have been sorted out behind the scenes very quietly without a public announcement and the dropping of, essentially, a bombshell," Grant said.

Paul Nursey, Destination Greater Victoria's chief executive officer, said the possibility of Harry and Meghan moving to Victoria has generated global media attention for the area, but the city doesn't want to bill itself as a royal-watching hot spot.

"We certainly don't want to commodify this in any way," he said. "If they want to move here, it's great that they've made a choice, but that's their private choice."

This report by The Canadian Press was first published Jan. 14, 2020.

Ted Hughes, British Columbia's first conflict watchdog, dies at 92
Jan 20, 2020 4:45 PM
Comments
We welcome your feedback and encourage you to share your thoughts on this story. We ask that you be respectful of others and their points of view, refrain from personal attacks and stay on topic. To learn about our commenting policies and how we moderate, please read our Community Guidelines.