In Halifax, housing advocates fear shortages of shelter adding to the 'new poor' 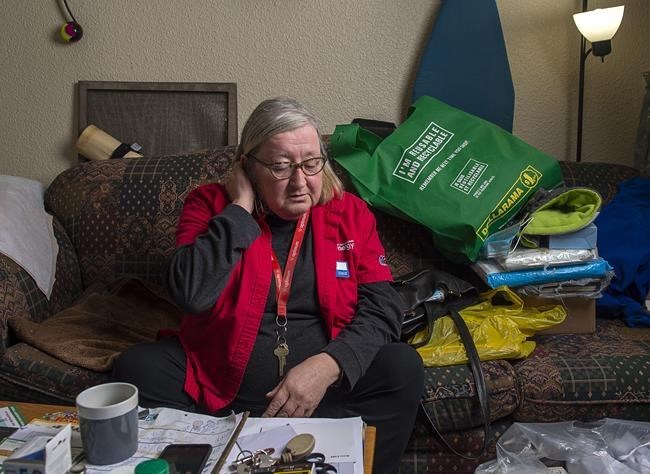 "We're seeing a growth of a new form of homelessness, or housing precariousness," Culligan, who works at the Dalhousie Legal Aid Service, said in an interview Monday.

"It's not just people who have experienced ongoing poverty, but rather people who've never lacked housing before."

Grace Fogarty is among the recent clients at his downtown Halifax clinic – one of a steady stream of hardship stories emerging as winter approaches.

The 63-year-old woman with a heart condition said in an interview on Friday the owner of her building in the city's west end wants her out of her one-bedroom apartment to conduct renovations.

A written notice she was given last month says her rent would go from $725 a month to more than $1,300 by next April 1, a figure she can't afford on her $13-an-hour job at a local gas station.

"It (the building) is definitely going to be a high-end unit," she said. "But at whose expense? I have no place to go. I can't find an apartment I can afford." The developer who purchased her building, United Gulf Developments, didn't respond to requests for an interview.

Culligan says his options for defending tenants are limited in a province without rent control, unless a landlord isn't respecting notice periods for rent hikes or is using rent to retaliate against a tenant.

In cases of renovations, landlords with a building permit can make an application to the Residential Tenancies Program for a hearing to vacate the building.

There are potential appeal processes, but Culligan says that under typical circumstances, the residents may have to leave within one to two months.

Housing advocacy groups argue the evictions are setting off a chain reaction, where the working poor cannot afford housing, shelters fill up and more people end up on the streets.

According to a study released this month by the Affordable Housing Association of Nova Scotia, the city's homeless population has grown to 477 people, more than double the figure a year ago.

Dean Johnston, director of residential tenancies at Service Nova Scotia, says from July 1 to Nov. 18 this year there were 1,695 applications for evictions from landlords, down from 2,111 applications by landlords for the same time period the year before.

However, he adds the figures are only those cases where a formal application is made by the landlords and don't include voluntary departures that aren't being recorded. "Our case management system is quite old . . . . Things like renovictions (evictions due to renovations) weren't something built into the system," he said in an interview on Monday.

In Dartmouth's north end, tenants in two apartment buildings where one-bedroom apartments were in the $600 per month range are among those obliged to find new homes.

Cathy Young, 53, said she can't pay more than the $550 she was paying if she wants to continue her medications, so she's moved to her sister's home. She says the notice that she would have to move out due to renovations came as a shock.

"I came over to my sister's house and I started to cry, because I didn't know where I was going to go and what I would do," she said in an interview last week.

The building's new owner, Adam Barrett, of Central East Developments, said in an email Thursday that soaring operating costs and deferred maintenance are contributing factors to renovations that lead to tenants departing.

His company had, "no option but to invest millions in revitalizing the derelict properties to create more safe and quality homes for Nova Scotians," he wrote.

"I do have sympathy for those who were and are living in buildings that are unsafe, unhealthy, and lack minimum living standards," he said, adding that Young's former building met that description.

Liberal Premier Stephen McNeil has said his government is looking at ways to assist, but it has yet to announce new measures. "We just don't believe (rent controls) work. That doesn't mean the issue is not real, and we will work with our partners to provide other options," he told reporters in October.

Ottawa has provided $8.7 million for affordable housing in Halifax, and city council is planning a special meeting Tuesday to consider how to use the federal rapid housing money to address the housing crisis in the city.

However, the shelter shortages have been a long time in the making and may require a decade to fix, says Jim Graham, the executive director of the Affordable Housing Association of Nova Scotia.

A study of housing needs in the city carried out in 2015 found about one fifth of people earning $30,000 or less weren't able to come near to affording the average market rental price of about $934.

The numbers in search of affordable housing have almost certainly grown since then, Graham says.

Meanwhile, Young, who faces an indefinite stay with her sister, is grateful for her help but also feels lasting remedies are needed.

Note to readers: This is a corrected story. A previous version referred to Mark Culligan as the director of the Dalhousie Legal Aid Service.