TORONTO — The judge overseeing the van attack trial has begrudgingly granted a request to seal all recordings of interviews the accused had with an American psychiatrist who had warned the videos could incite more violence if made public.
Nov 20, 2020 5:19 PM By: Canadian Press 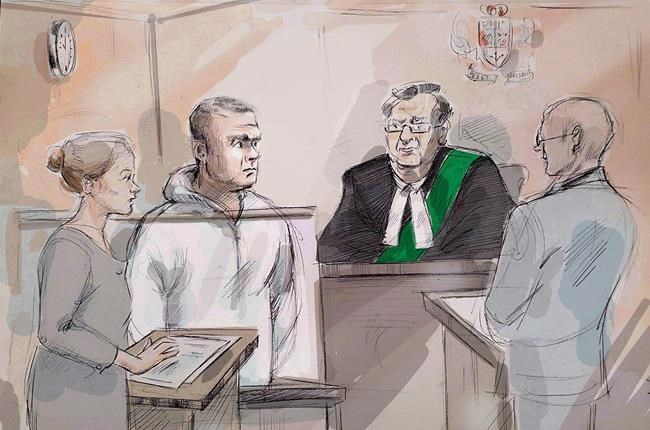 TORONTO — The judge overseeing the van attack trial has begrudgingly granted a request to seal all recordings of interviews the accused had with an American psychiatrist who had warned the videos could incite more violence if made public.

While the audio and video of Alek Minassian's interviews with Dr. Alexander Westphal will not be released publicly, Justice Anne Molloy has allowed journalists to view the recordings when they're presented in court. Court has set up a special room in downtown Toronto where members of the public can also watch the recordings.

Westphal had said he would not testify if the judge refused to seal the recordings of his interviews with Minassian, who has pleaded not guilty to 10 counts of first-degree murder and 16 counts of attempted murder.

Westphal also demanded court be held in secret when those videos were played, which the judge rejected. The psychiatrist, court heard, was amenable to that change.

The problem, defence lawyer Boris Bytensky said, is that Westphal is the only psychiatrist prepared to testify that Minassian is not criminally responsible for his actions on April 23, 2018, when he drove a van down a bust Toronto sidewalk killing 10 people and injuring 16 others.

Without the psychiatrist, there'd be no defence, Bytensky noted, which would infringe on Minassian's right to a fair trial.

But giving in to the doctor's demands would infringe on the constitutionally held right of the public, and the media, to an open court, Molloy noted.

The judge was livid that a witness forced her into that position, which was made more complicated because she cannot compel someone outside the country to testify.

"If he was here, there would be no problem. I would not for a moment tolerate it," the judge said. "That doctor would be under arrest before he could blink."

She said she chose "the least wrong thing to do."

"Dr. Westphal has refused to participate knowing that there's nothing I can do about it if he does not, and knowing that he is all there is in terms of a defence for Mr. Minassian," Molloy said.

"I’m where the buck stops in terms of Mr. Minassian having a fair trial."

A group of media organizations including The Canadian Press fought the application, arguing courts are inherently open and proceedings should not be held in secret.

The defence argues Minassian should be found not criminally responsible for his actions that day due to autism spectrum disorder. His state of mind will be the sole issue at trial.

Bytensky told court his client was inspired by Elliot Rodger, an American who went on a rampage in Isla Vista, Calif., in May 2014, killing six people and injuring 14 others before killing himself.

Rodger's "manifesto" and his video before the murders focused on his hatred towards women and has found an audience in the bowels of the internet where he is treated as the forefather of so-called "incels," men who are involuntarily celibate.

Bytensky said every single expert will testify at trial that Minassian was inspired to kill people, in part, for notoriety. Making the video of his interview public would give Minassian what he wants, he said.

"This is a very dangerous video to put out because it has a great risk for others to act like Mr. Minassian."