IQALUIT, Nunavut — Nunavut's chief public health officer has ordered a two-week shutdown, starting Wednesday, of non-essential businesses and schools in the territory due to the spread of COVID-19.
Nov 16, 2020 4:11 PM By: Canadian Press 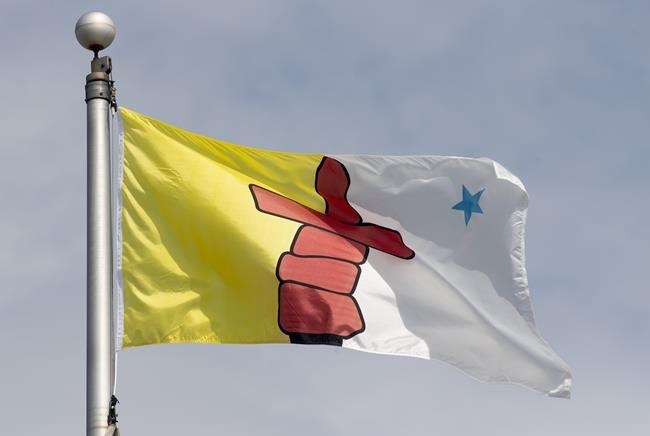 IQALUIT, Nunavut — Nunavut's chief public health officer has ordered a two-week shutdown, starting Wednesday, of non-essential businesses and schools in the territory due to the spread of COVID-19.

Michael Patterson said Monday all health centres will close except for emergency services and all visits to long-term care centres will be restricted.

Child care centres must also close to all children except for those of essential workers.

Gatherings will be restricted to five people and "there shall be no gatherings in homes," Patterson said.

"Think of it as a circuit breaker, a chance to reset. No one is above the rules here," Premier Joe Savikataaq said.

Nunavut, which has a population of around 39,000, recorded its first COVID-19 infection at the beginning of this month.

Last week, the territory announced four infections in the western community of Arviat. That number jumped to 14 on Sunday. There are four cases in Rankin Inlet, north of Arviat, and two in Sanikiluaq, on the other side of the Hudson Bay.

Patterson said public health and rapid response teams deployed in all three communities "are working around the clock to trace and test in efforts to track and contain the virus."

He said the territory-wide lockdown is necessary to prevent any potential spread of COVID-19. And he will evaluate the effectiveness of the new restrictions on Dec. 2.

"We have concern that COVID-19 may spread to additional communities."

Patterson added that anyone who left Arviat on or since Nov. 2 is asked to immediately isolate for 14 days wherever they are.

Since March, Nunavut travel restrictions have mandated anyone who leaves the territory complete a 14-day isolation stay at a hotel in southern Canada before flying back.

Patterson said his team is still investigating how COVID-19 got into Nunavut, but the territory's first cases were individuals who completed 14 days of isolation in Winnipeg.

"It certainly is very suspicious that it's linked to the hubs or to something that happened while exiting the hubs. The timing is in that area. But where exactly it happened ... we don't know yet."

Patterson said people currently staying in isolation hubs can still safely return home after their stays, but also have the option to stay longer if they choose.

He also confirmed there is community transmission in Arviat, and it will take "one to two weeks" to know if restrictions put in place in the community last week have been effective in stopping the spread.

Arviat's mayor, Joe Savikataaq Jr., who is also the premier's son, said it was "shocking" to hear of the first case in his community last week.

"I'm remaining as calm as possible. We've been ready for this. We've been expecting this and we're prepared for it," Savikataaq Jr. told The Canadian Press.

"There's almost no one out in the streets. Everyone is following the rules. I'm very grateful for the people of Arviat who are listening to the guidelines."

Savikataaq Jr. said free hand sanitizer is available at all stores in town. The local radio station is also hosting games for people to play along with at home.

"Don't let the numbers get to you. We will get through this and we will defeat what we're fighting against. Let's be vigilant and help each other," he said.