TORONTO — Survivors of the notorious '60s Scoop are set to mark a key milestone on Thursday with the ceremonial launch of a $50-million foundation aimed at healing the damage wrought by the practice of taking Indigenous children from their families a
Nov 11, 2020 3:05 PM By: Canadian Press 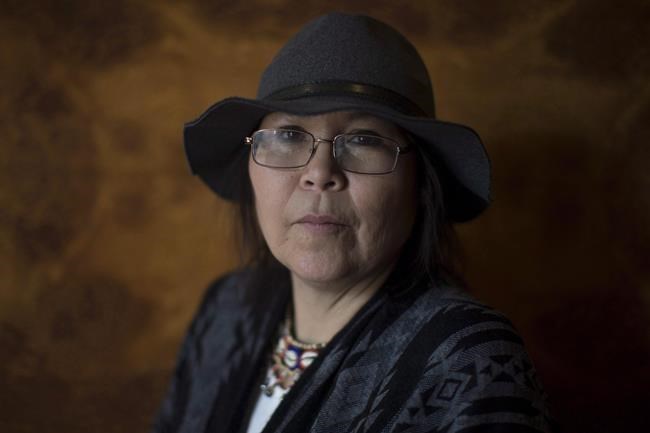 TORONTO — Survivors of the notorious '60s Scoop are set to mark a key milestone on Thursday with the ceremonial launch of a $50-million foundation aimed at healing the damage wrought by the practice of taking Indigenous children from their families and placing them in non-Indigenous homes.

Establishment of the foundation was part of a hard-fought class-action settlement and a key demand of a lead plaintiff in the case.

Thursday’s virtual event will see the ceremonial investiture of a 10-member board for the Sixties Scoop Healing Foundation that will comprise of Indigenous directors.

They include the government's lone appointee, Harry LaForme, a retired justice on the Ontario Court of Appeal and member of the Eagle Clan of the Mississaugas of New Credit First Nation.

"It's going to be a wonderful time of celebration," Marcia (Sally) Brown Martel, the lead plaintiff in Ontario, said on Wednesday. "Not only for myself, but a celebration for people all across Canada to be able to say, 'Look what we can do!'"

Other board members will be announced at the virtual ceremony. Among those expected to attend is music icon, Buffy Sainte-Marie. It will be up to the new board to determine where the foundation will be housed.

The '60s Scoop arose out of government policy under which Indigenous children were taken from their families and placed in non-Indigenous homes over a period of about three decades. The federal government maintained it was acting in the best interests of the children.

In what became a years-long legal struggle, survivors successfully sued the government for their loss of heritage, culture and family ties. Ultimately, in 2017, the government agreed to pay $800 million — $50 million of which was earmarked for the foundation.

Jeffery Wilson, the lead lawyer who advanced the novel claim, said he hoped the adult survivors and the foundation will lead to better understanding of the terrible damage inflicted on the children and their families.

"Such is the intensity of the survivors’ journey that all Canadians might now reasonably conclude that it is not in anyone’s best interests to appropriate a nation’s children," Wilson said. "Maybe, childhood, for all people and all cultures, has a way of holding humanity accountable."

The settlement took in about 20,000 victims. Brown Martel, a member of the Temagami First Nation near Kirkland Lake, Ont., was herself taken by child welfare officials and adopted by a non-native family. She later discovered the government had declared her original identity dead.

At the time of the settlement, Crown-Indigenous Relations Minister Carolyn Bennett, called the '60s Scoop a dark and painful chapter in Canadian history.

“Their stories are heartbreaking,” Bennett said. “They talked of their identity being stolen. They talked about not really feeling that you belong anywhere."

In addition to the inauguration, Thursday's ceremony will also mark the release of a report commissioned by an interim board based on sessions with survivors to hear their stories and the impact their experiences had on their lives.

Other areas of focus should include advocacy, education and commemoration, the report recommends.

Kenn Richard, executive adviser to the report team, said his experiences decades ago led him to activism, which included founding the groundbreaking urban Native Child and Family Services of Toronto.

"In the 1970s, I came to child welfare and found a world built on ideas and practices veiled in the best interest of children, but actually culturally genocidal, built on foundations of racism, classism, and all the multiple toxicities of colonial Canada," Richard writes in the report.

"Back then, with children in distress and families in need of help, the helping process itself, the wholesale removal of the children, created many of the problems experienced today."