QUEBEC — The Quebec government has asked for an investigation that could lead to the removal of the embattled chief of the provincial police, the province's public security minister said Friday.
Oct 16, 2020 5:02 PM By: Canadian Press 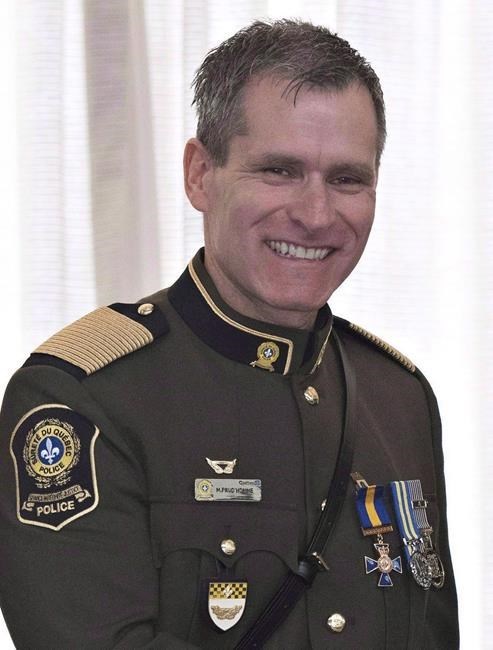 QUEBEC — The Quebec government has asked for an investigation that could lead to the removal of the embattled chief of the provincial police, the province's public security minister said Friday.

Martin Prud'homme has been suspended from his duties as chief since March 2019 when an investigation was launched into an allegation he committed criminal offences.

A year later, Quebec's director of criminal and penal prosecutions announced Prud'homme would not face charges, but he has remained suspended with pay.

Public Security Minister Genevieve Guilbault told a news conference Friday she has asked the province's public service commission to assess whether or not an alleged ethical breach, the details of which she would not discuss, should lead to the chief's removal or suspension without pay.

"I believe the motive is serious," she said.

"If I believed it was frivolous or minor, we would not have got to the point of mandating the public service commission."

Guilbault said the report that led her to ask for the investigation will not be made public unless Prud'homme agrees.

In a statement issued before the news conference, Prud'homme said the government's actions are based on false and incomplete information and he feels a sense of profound injustice.

"I never had the right to adequately defend myself, and today I conclude that I'm a victim of the government's desire to end my 32-year career in public service," he said.

"I intend to defend my rights and my reputation before a fair and impartial body, since I've lost all confidence in the capacity of the political sub-power which has already decided my career is over."

Prud'homme was appointed head of the provincial police in 2014.

This report by The Canadian Press was first published Oct. 16, 2020.

New Democrats turn minority into majority in British Columbia election
Oct 25, 2020 2:57 AM
The latest on the British Columbia election
Oct 25, 2020 2:44 AM
The latest numbers on COVID-19 in Canada for Sunday, Oct. 25, 2020
Oct 25, 2020 1:27 AM
Comments
We welcome your feedback and encourage you to share your thoughts. We ask that you be respectful of others and their points of view, refrain from personal attacks and stay on topic. To learn about our commenting policies and how we moderate, please read our Community Guidelines.