OTTAWA — Sen. Murray Sinclair is planning to leave the upper chamber at the end of January.
Nov 27, 2020 5:25 PM By: Canadian Press 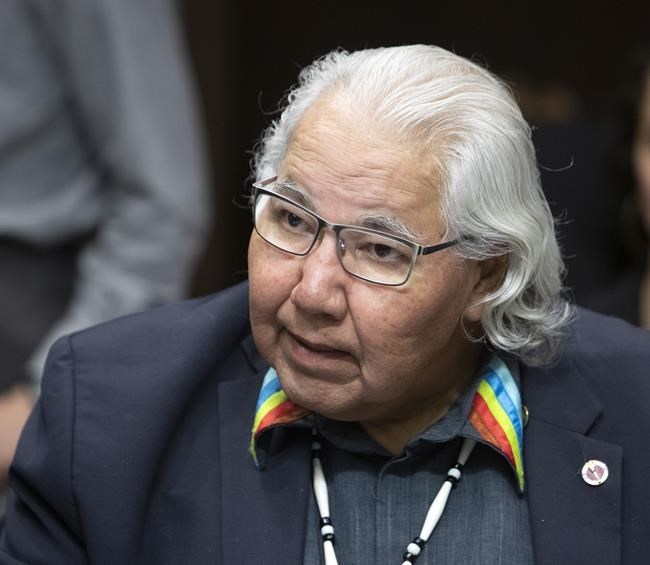 OTTAWA — Sen. Murray Sinclair is planning to leave the upper chamber at the end of January.

The Manitoba senator says he wants to spend more time writing a memoir and to focus on his work as a legal mentor on issues involving Indigenous law in Canada.

Sinclair, 69, is the former chief commissioner of the Truth and Reconciliation Commission, which investigated and documented decades of abuse and other harms against First Nations, Métis and Inuit children at residential schools in Canada.

He was also the first Indigenous judge appointed in Manitoba, the second in Canada.

Named to the Senate in 2016 on the advice of Prime Minister Justin Trudeau, following the recommendation of an arm's-length advisory body, Sinclair sat with the Independent Senators Group.

He announced in August that he would be joining Cochrane Saxberg LLP, Manitoba's largest Indigenous law firm, but said at the time he had not yet decided whether to remain in the Senate while he took on the new role.

Sinclair was entitled to remain as a senator until 2026, when he reaches the mandatory retirement age of 75.

In a statement Friday announcing his pending departure, Sinclair said he's been able to use his time in the Senate to advance many of the "calls to action" from the Truth and Reconciliation Commission, including revitalizing and protecting Indigenous languages and reforming Indigenous child welfare.

"We have seen a shift in how our country understands, and speaks of residential schools and Indigenous issues in Canada,” Sinclair said.

“I leave the Senate feeling happy with how things are progressing and knowing that reconciliation will take a long time. I will continue to work on this for the rest of my life.”

In a subsequent interview, Sinclair said he's enjoyed the people and the debates in the Senate. But he said he had to choose where best to devote his energies.

He's in the middle of writing his memoirs and is looking forward to mentoring young Indigenous lawyers.

"We now have more legal graduates than we've ever had before," Sinclair said.

"They are well trained in Western law, as most law schools ensure, but they're not particularly well trained in understanding their own identity as Indigenous People and how it relates to their practice as lawyers."

Sinclair said when he was a young lawyer, he wanted to quit because he thought "it was forcing me to think like people within the legal system were thinking and imposing laws on people who didn't understand them."

An elder persuaded him he could work to change the law and that the most important thing was to be "the best person you can be in all of this so that you are able to bring wisdom to the dialogue and that means that you need to understand who you are as an Indigenous person.