HALIFAX — While much of the rest of Canada was consumed with stories about politicians ignoring pandemic protocols and jetting south to sunny climes, Atlantic Canadians this week were puzzling over a tepid scandal involving a New Brunswick cabinet mi
Jan 9, 2021 7:00 AM By: Canadian Press 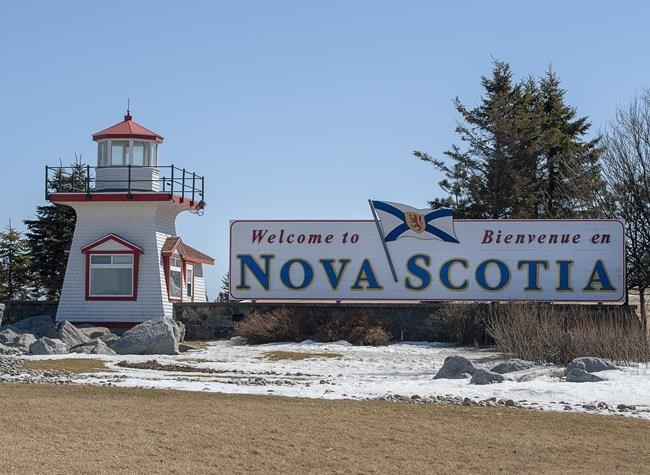 HALIFAX — While much of the rest of Canada was consumed with stories about politicians ignoring pandemic protocols and jetting south to sunny climes, Atlantic Canadians this week were puzzling over a tepid scandal involving a New Brunswick cabinet minister who drove to Nova Scotia.

Not Florida, Hawaii, Mexico, Arizona, St. Bart's or California — some of the sun-drenched vacation spots visited last month by other Canadian politicians.

And the governing Progressive Conservatives in New Brunswick made a point of saying Mike Holland, the province's natural resources minister, had in fact travelled to "rural Nova Scotia" to visit his partner.

After much hand-wringing, it was decided Holland had followed all COVID-19 guidelines, including 14 days of self-isolation upon his return. He was spared any punishment, even though non-essential travel remains frowned upon.

In short, politicians on the East Coast have followed the rules, which experts say echoes the behaviour of their constituents. A Canadian Press survey of political parties in the region — both federal and provincial — failed to find any elected members who had travelled outside Canada in December.

It's no coincidence that Atlantic Canada has recorded the country's lowest infection rates since the pandemic began, says David Johnson, a political science professor at Cape Breton University in Sydney.

"There's real pride that we have been able to achieve something that most of the world hasn't," he said in an interview, adding for good measure that the New Brunswick politician should have stayed home.

"Maybe he should have . . . talked to his significant other via Zoom or other social media."

As well, Johnson said it's worth noting that East Coast politicians wouldn't even consider a foreign getaway because there's a higher likelihood they would be outed by a neighbour.

"Here in Sydney, if some (member of the legislature) was going through the airport, they would be recognized and people would be looking at their ticket," he said. "A lot of people know your business. And if you're not around, people start talking."

Howard Ramos, a sociology professor at Western University in London, Ont., said the smaller communities in Atlantic Canada mean fewer degrees of separation between elected officials and the people they serve.

"In Atlantic Canada, it's hard to hide for very long," he said from his home in Shad Bay, N.S. "If you think of the largest cities in the region, they're big enough to have a symphony but too small to have an affair."

As a result, there's more pressure to conform to social norms.

"Social shame and social pressure is higher in Atlantic Canada," said Ramos, who studies the Atlantic region. "The social costs for not following the rules are higher."

"We don't need online graphs to tell us what we need to do," he intoned during a news conference in April, glaring at the camera. "We need to stay the blazes home."

Everyone got the message, which immediately went viral.

"There's been very clear messaging compared to other provinces," said Ramos, adding that the province's chief medical officer of health, Dr. Robert Strang, has become a bit of a folk hero.

"Dr. Strang's name comes up probably more than the premier," he said.

Meanwhile, Nova Scotia's Progressive Conservative leader, Tim Houston, issued a statement earlier this week that left no doubt about where he stood on an issue that has caused so much political pain across the country.

"For the better part of a year, Canadians have been asked — week in and week out — to make sacrifices to stop COVID-19. They had to cancel weddings, they were kept from visiting parents in long-term care homes, they often couldn’t visit sick loved ones and they were isolated when it was time to grieve," he said.

"So when the same people who tell you to make sacrifices are unwilling to make them themselves, Canadians have a right to be ticked off. I know I am."

This report by The Canadian Press was first published Jan. 9, 2021.