VICTORIA — A sixth case of the novel coronavirus has been diagnosed in British Columbia after a woman in her 30s returned to the province this week from travel in Iran. Provincial health officer Dr.
0
Feb 20, 2020 9:52 PM By: Canadian Press 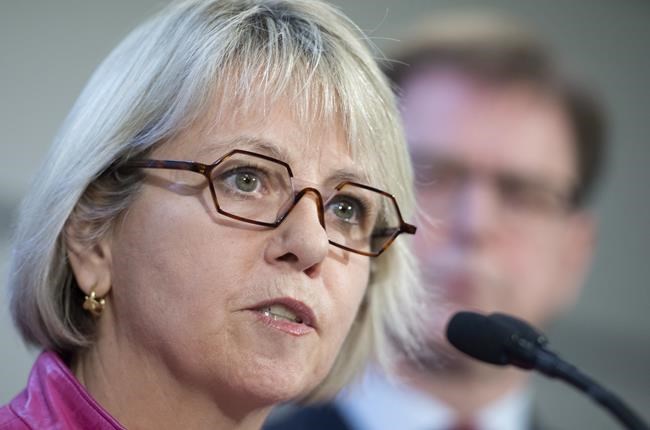 VICTORIA — A sixth case of the novel coronavirus has been diagnosed in British Columbia after a woman in her 30s returned to the province this week from travel in Iran.

Provincial health officer Dr. Bonnie Henry said Thursday the woman's presumptive case is relatively mild and a number of her close contacts have already been put in isolation.

She said health officials are working on a detailed investigation of the woman's travel and when her symptoms started to help determine if they need to notify those who travelled with her on the same aircraft.

Henry said the woman lives in the Fraser Health region, which is located east of Vancouver.

"This one, clearly, is a bit unusual in that the travel to Iran is something new," she told a news conference at the B.C. legislature. "Iran has recently started reporting cases and we'll be working with our national and international colleagues to better understand where she may have been exposed to this virus prior to her return to Canada."

It is a presumptive case of the virus until positive test results come back from samples sent to the National Microbiology Lab in Winnipeg.

Henry said the woman went to a local hospital concerned about influenza-like symptoms. She was examined and released, Henry added.

"My understanding, from initial discussions with the clinician who saw her as well as the patient herself, was they did think it was influenza," Henry said.

She said the woman's novel coronavirus diagnosis was surprising, primarily because of her travel only to Iran.

"That could be an indicator there's more widespread transmission," said Henry. "This is what we call an indicator or sentinel event. A sentinel event means it's a marker that something many be going on broader than what we expect."

She said B.C. has reported the case to the Public Health Agency of Canada and it will also be reported to the World Health Organization.

Henry said the diagnosis shows B.C. has a robust system for identifying people who have the virus.

"We still believe the risk in Canada and here in B.C. is low," she said.

Henry said earlier this week that four of the five people already diagnosed with the virus were symptom free. The fifth person, a woman in her 30s who returned from Shanghai, China, is in isolation at her home in B.C.'s Interior.

Henry said over 500 people have been tested for the virus in B.C. and many of those tested positive for the flu.

Three cases of the virus have also been confirmed in Ontario.

China, where an outbreak has caused more than 2,200 deaths, has reported another fall in new virus cases to 889 as COVID-19 spreads elsewhere.

China's latest figures released Friday for the previous 24 hours brought the total number of cases to 75,465. The 118 newly reported deaths raised the total to 2,236. More than 1,000 cases and 11 deaths have been confirmed outside the mainland.

— With files from The Associated Press.

This report by The Canadian Press was first published Feb. 20, 2020.

Trudeau to talk to Trump about COVID masks after White House bars export
Apr 4, 2020 5:53 PM
Comments
We welcome your feedback and encourage you to share your thoughts on this story. We ask that you be respectful of others and their points of view, refrain from personal attacks and stay on topic. To learn about our commenting policies and how we moderate, please read our Community Guidelines.