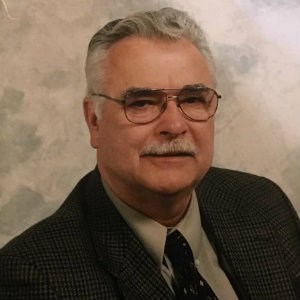 It is with great sorrow that the family announces the sudden passing of Earl Kenneth Dahl at the age of 74, on January 3rd, 2019 surrounded by loved ones. Cherished husband of Peggy Thibault. Son of the late Roy and Julia Dahl. Dearly loved by children Monty Dahl, Gordon Dahl (Tamara), Monica Dahl, Kevin Dahl (Donna) and step children Christopher Thibault (Brenda), and April Duncan (Jason). Loving grandfather to Jordan, Tiffany, Natasha, Jessica, Adam, Matthew, Tristan, Aidan, and Jackson. Dearest Papa to Emma and Richard Duncan. Proud great-grandfather to Owen, Audrey, Jake, Kyra, Nadia, Jayden, and Jackson. Brother to Blaine Dahl and Kenneth Dahl (predeceased). Earl was born and raised in Weldon, Saskatchewan where he worked on the family farm with his mother, father and two brothers. Earl left the farm at a young age to find work in neighbouring Prince Albert. He was never one to shy away from hard work and over his lifetime had worked seven years as a police officer for the Prince Albert police service in the 1960s. Notably, doing security detail during PM Diefenbaker visits to Prince Albert. Earl moved his family to Sudbury, ON in the early 1970s. Once there, he began managing the A&W restaurant on Regent St, and then purchased the Notre Dame franchise. Earl was well known in the community, sponsoring many sports teams and donating to charities. He later started working for CP rail as a track changer and maintenance worker. Earl (reluctantly) retired from Flanagan Foodservice in March 2018 after 25 years of service. At the time of his retirement he was the very proud Vice President, overseeing the Sudbury Branch. He worked very hard for the better part of his life but when he did get time off, Earl loved traveling the open road and enjoyed many summers on Manitoulin Island. He doted on his many kids and grandkids and even had the chance to take up gardening with his soulmate. Earl was an avid guitar player. As a teenager, he played at many hall dances, Ukrainian weddings and gatherings with his small band in the neighbouring townships near Prince Albert. Even recently, he was always happy to join in and play at family gatherings. A proud man and gentle person, he gave unconditionally to anyone who needed help. His absence has left an immeasurable hole but he also leaves us with an abundance of happy memories. Visitation will be held on Saturday, January 12th at 11 am in the Jackson and Barnard Funeral Home, 233 Larch Street, Sudbury, with the service to follow at 1pm in the R. J. Barnard Chapel. Donations can be made to the Friends of We Care Foundation. http://friendsofwecare.org/donatenow/ For those unable to attend the service, it can be viewed online at www.livememorialservices.com.