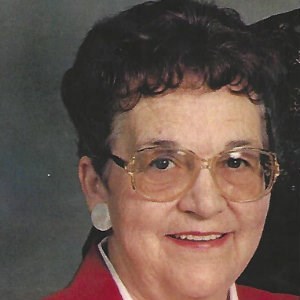 It is with great sorrow that the family announces the passing of their dear mother, Ilean Jodouin on Wednesday, April 10th, 2019 at Maison McCulloch Hospice. Ilean was born in 1930, the youngest daughter of Norman & Violet Crawford. In 1953, she married Gerard “Gerry” Jodouin— a 48 year union until his demise in 2001. Beloved mother of two children: Susan Ilean (Jodouin) Lynch & Bruce Gerard Jodouin. Cherished grandmother of Serena Iesha Lynch. After marrying, Ilean and Gerry moved every few years to various Ontario Hydro “projects,” living in remote communities until the hydro dams were completed. In 1983, Gerry took an early retirement and they settled in Sudbury. Ilean was community-minded and was always quick to lend a hand. She was on the Board of the first Big Sisters group as Social Convenor and had the pleasure of three “little sisters” through the years. She participated as a Board member of the Horticultural Society and taught youngsters for over 25 years, naming them the Junior Gems. Ilean was an early volunteer when Science North first opened. She developed and planted the cactus area, adding geraniums in the window boxes nearby. She attended the area for many years. The Burro’s Tail Cacti were especially admired by all, including world travelers, with whom she shared clippings. She also became a Board member with the Sudbury Little Theatre Guild. She enjoyed many hours assisting with props and as an actress, receiving an award for her contributions. As well, she volunteered with Welcome Wagon, visiting new members in the community. Ilean loved working with food and was a proud homemaker. She also operated a catering business and produced delicious feasts for weddings, anniversaries, etc. Her speciality was baking and decorating wedding cakes. There was always a wonderful array of baking in her home, as many will attest, with an open door policy. Other interests included playing cards, crocheting, doing crossword puzzles, gardening, reading, and writing poetry as well as several short stories. She was the author of a novel of fiction entitled Deceived: Sara’s Journey which was published in 2015. A stroke in 2008 left her with disabilities. Restrictions forced a lifestyle change and she moved to The Breezes which later became The Amberwood Suites retirement home. Ilean was a true friend and will be missed by those who knew and loved her. She was a Christian, possessing great faith in God. In keeping with her wishes, there will be no visitation or funeral service. As requested, her remains will be cremated with interment in the family plot at Civic Memorial Cemetery, 365 Second Ave, Greater Sudbury, Ontario on Friday, April 26th, 2019 at 2 pm. Cremation arrangements entrusted to Simple Wishes of the North.

Provided by: Simple Wishes of the North