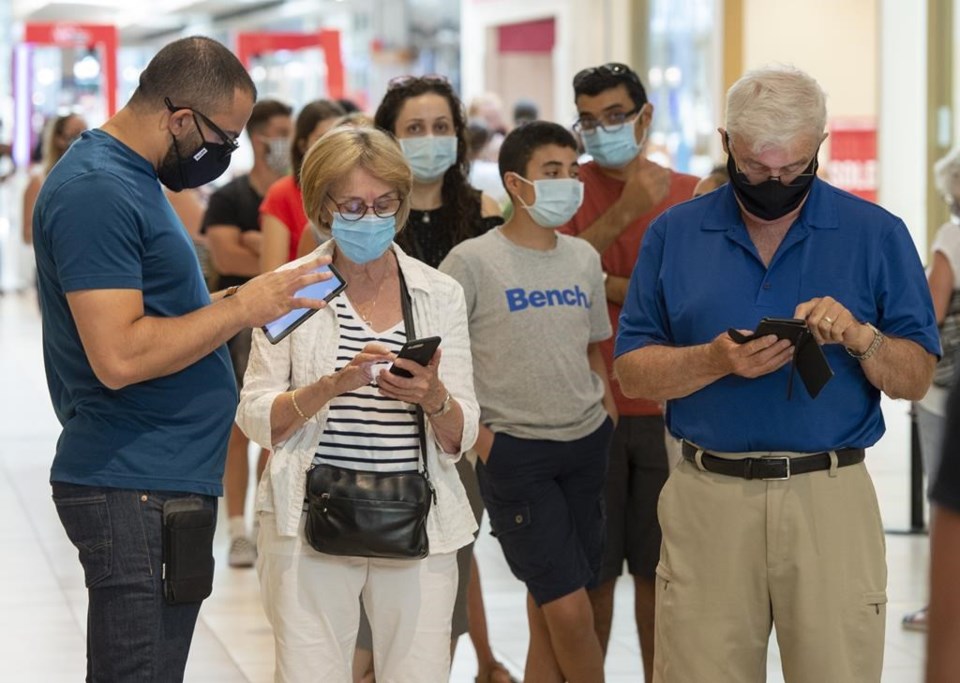 A spokeswoman for the Ste-Justine children's hospital said privacy laws prevented officials from releasing other details about the teenager, believed to be the youngest COVID-19 victim in Quebec since the beginning of the pandemic.

In a brief statement, the hospital noted that in general, when people die from COVID-19 at a young age, they have other significant underlying conditions.

Last August, a 19-year-old man died from complications connected to the novel coronavirus, and at the time his was the youngest death from the disease in the province.

Montreal's public health director offered her condolences to the family of the teen on Wednesday. She said a more contagious variant of the virus is circulating in the city's daycares and schools.

"At the same time, even with the variants, children have less severe forms of illness and when we see a severe form in a young person, they have comorbidities — other chronic illness that make them more vulnerable," Dr. Mylene Drouin told reporters.

Drouin said the benefits of having kids in school outweigh the risks and noted that most outbreaks at Montreal-area schools have involved fewer than 10 cases and are generally well controlled.

According to provincial data, the 10-to-19 age bracket accounts for about 12 per cent of total infections since the beginning of the pandemic.

Officials reported 1,270 new COVID-19 infections in Quebec on Wednesday, eight more deaths attributed to the novel coronavirus and a 29-patient jump in hospitalizations related to the disease. Quebec has 10,795 active reported cases. Health officials said 543 people were in hospital, including 123 people in intensive care, a rise of two.

Health Minister Christian Dube said "it's a bit too early" to say whether Quebec is about to witness a rapid increase in hospitalizations. "I think it's a bit premature to look at this one day because as you know, this is the biggest increase we've had in weeks," he told reporters Wednesday.

Meanwhile, Quebec on Wednesday announced it will expand access to COVID-19 vaccines to Montrealers who are essential workers or living with chronic illnesses.

Essential workers such as school and daycare staff, first responders and temporary foreign workers can start booking vaccine appointments on Friday. Residents with certain chronic illnesses and who are under the age of 60 can start getting vaccinated in hospitals starting Monday.

All Quebecers over 60 will be eligible for vaccinations starting Thursday, Dube said, adding that the government's goal is to offer everyone in that age bracket one dose by the end of the month. Montrealers over 60 have been able to book vaccine appointments since March 21. Also on Thursday, the province will begin allowing walk-ins at mass vaccination sites for those 55 and older wanting to get an Oxford-AstraZeneca shot.

Dube said the province is still on track to reach its goal of giving every adult in the province a first dose by June 24. The province administered 43,631 shots of vaccine Tuesday, for a total of 1,636,310; about 19.2 per cent of the population has received a first dose.

In Montreal, authorities said about 23 per cent of the population has received at least one dose of vaccine.

Drouin said 42 per cent of new cases in the city involve variants of concern, adding that she expects to see cases rise over the next few weeks.

"We are preoccupied because we know that it is coming, but at the same time, I'm quite satisfied with what we've done in March; we have delayed the progression of the variant," she said.

Quebec's workplace health and safety board said Wednesday medical masks must be worn at all times in indoor workplaces. The new health order enters into effect Thursday and applies across the province.

This report by The Canadian Press was first published April 7, 2021.