A more contagious strain of COVID-19 may be spreading rapidly through the Simcoe-Muskoka region, public health officials said Tuesday after testing showed 99 more people likely had a variant of the virus.
Jan 26, 2021 5:48 PM By: Canadian Press 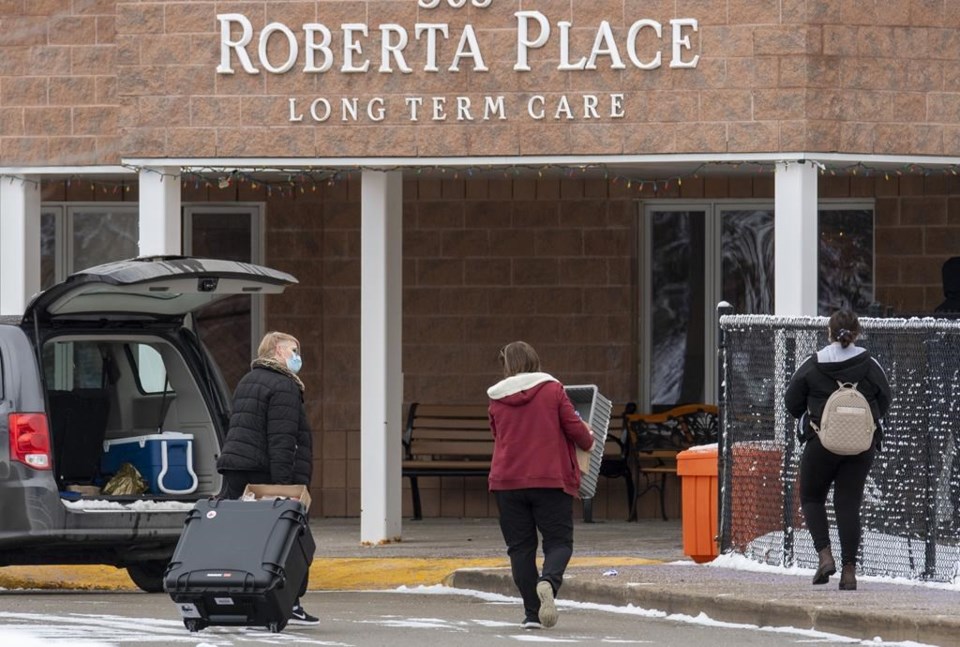 A more contagious strain of COVID-19 may be spreading rapidly through the Simcoe-Muskoka region, public health officials said Tuesday after testing showed 99 more people likely had a variant of the virus.

The Simcoe Muskoka District Health Unit said most of the cases are linked to an outbreak at a Barrie, Ont., long-term care home that has killed 46 people and infected more than 200. A variant of the virus first identified in the U.K. has already been found in several cases there.

But two of the 99 variant cases have no known link, including a staff member who is part of a small outbreak at the Waypoint Centre for Mental Health Care, in Penetanguishene, Ont. The other person was not connected to any known outbreak.

Further test results, expected in the coming days, will identify the specific variant that has been found in the 99 cases. Officials believe it is likely the U.K. variant.

But the fact that nearly 100 cases of a variant were found -- with some not connected to any known outbreak -- suggests a different strain of COVID-19 is likely spreading in the community, said Dr. Charles Gardner, the region's top doctor.

"If it isn’t readily spreading in our community now, it may very well do so in the near future," he said.

"It’s really, really important that people take that to heart and behave accordingly."

Tuesday's figures on the variant came from an ongoing study by Public Health Ontario that’s screening all positive COVID-19 tests from Jan. 20 for three new "variants of concern" for a provincewide snapshot of their prevalence.

The current numbers might be the "tip of the iceberg" in Simcoe-Muskoka, Gardner said.

Gardner said it was also concerning that 42 close contacts of those working at the Barrie long-term care home, Roberta Place, have been infected COVID-19.

He said he believes everyone in the Roberta Place outbreak has the U.K. variant and noted that the facility's outbreak currently accounts for 42 per cent of all outbreak-related deaths recorded in the local health unit during the pandemic.

"That one outbreak alone has had a major impact locally on the total mortality figure that we’ve had," he said. "Clearly tragic."

Gardner also said that one person infected in another long-term care home outbreak in Bradford, Ont., south of Barrie, had one of the three "variants of concern," with further tests underway to confirm which one.

The infected person at Bradford Valley Care Community had been in contact with another individual who tested positive for the U.K. variant.

Public health officials in Simcoe-Muskoka said they would be prioritizing long-term care home residents in Barrie and Bradford for COVID-19 vaccinations going forward, given the increased risk of infection from the new variant that's considered more transmissible.

Public Health Ontario is in the process of ramping up screening to find cases of the new strains labelled "variants of concern," which first emerged in the U.K., Brazil and South Africa.

Officials said Monday that a clearer picture of where the variants are in Ontario would come in the next few days.

Only the U.K. variant had been detected in Ontario as of Monday, with cases confirmed in Toronto, Ottawa, York, Durham, Peel, Simcoe, Middlesex-London and the Kingston area.

This report by The Canadian Press was first published Jan. 26, 2021.