TORONTO — Journalists have not had to go far to uncover searing stories of racism in Canada — they're finding them in their own newsrooms, among their co-workers and involving their bosses.
Jul 8, 2020 4:00 PM By: Canadian Press 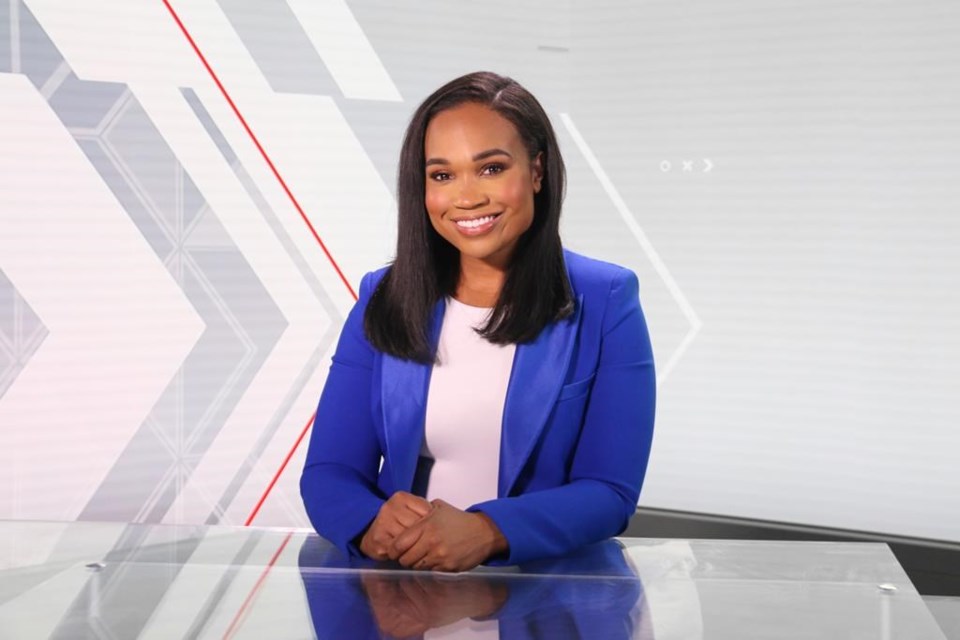 TORONTO — Journalists have not had to go far to uncover searing stories of racism in Canada — they're finding them in their own newsrooms, among their co-workers and involving their bosses.

All while reporters increasingly turn their attention to detailing institutional discrimination in nearly all other facets of society, including justice, politics, health care and education.

For the similarly flawed media industry, a long-standing problem has suddenly become harder to ignore: Many outlets striving to inform the public of widespread racial bias do so with stories that are assigned, reported and analyzed by predominantly white editorial staff.

The not-so-surprising result? They’re failing, say industry watchers and a growing number of staff members risking their jobs to speak out. And while many media organizations are expressing renewed commitments to diversify their newsrooms and coverage, those journalists say it will take more than pledges to create meaningful change.

A SERIES OF MISSTEPS

Revelations have emerged in recent weeks of racial indignities suffered at multiple news outlets, where current and former employees are attempting to lift the curtain on how and why tensions persist.

Corus Entertainment faced a public lashing by rank-and-file staff over claims of toxic workplaces for people of colour; the National Post endured a newsroom revolt over contentious columns that denied the existence of systemic racism in Canada; CBC suspended and disciplined star Wendy Mesley for twice quoting a racial slur in editorial meetings and CBC Radio's "Yukon Morning" host Christine Genier resigned over the lack of Indigenous representation in Canadian media.

While there might be an increase in the number of on-air personalities who are people of colour, that's not an accurate measure of success, says diversity consultant and former journalist Hamlin Grange, whose firm DiversiPro Inc. was recently hired by Corus Entertainment to review its operations.

"It's the people who are behind the scenes, the decision-makers that really matter and that's where the media in this country have failed."

It's not for lack of trying, of course.

But anything that fails to dismantle systemic and structural barriers are superficial measures that don't achieve meaningful change, says Brian Daly of the Canadian Association of Black Journalists.

The CABJ and Canadian Journalists of Colour have partnered for a joint call to action that includes: regular disclosure of newsroom demographics, more representation and coverage of racialized communities (in part through hiring), and proactive efforts to seek, retain and promote Black and Indigenous journalists and journalists of colour to management positions.

They also suggest regular consultation with racialized communities on news coverage, identifying and addressing systemic barriers, targeted scholarships and mentorship opportunities, and encouraging journalism schools to lay the groundwork with diverse faculty and more focus on how to cover racialized communities.

Many on the ground agree conditions won't improve without system-wide changes.

An expressed desire to address diversity is not enough, says TSN's SportsCentre anchor Kayla Grey, who weathered blowback and sparked a Twitter hashtag when she criticized white freelance journalist Sheri Forde for using the N-word in a Medium blog post that ironically detailed Forde's efforts at building racial awareness.

THE IMPACT ON STAFF

The National Post met condemnation both within and outside of its newsroom for several inflammatory commentaries, most notably one from Rex Murphy on June 1 that declared, "Canada is not a racist country." The online link now features an apology for "a failure in the normal editing oversight" and points readers to a rebuttal by Financial Post writer Vanmala Subramaniam.

Nevertheless, Murphy defended the piece in another column June 16 and Post founder Conrad Black added his denials of systemic racism in columns June 20 and 27, the latter of which dismissed the current reckoning with racial injustice and systemic racism as an "official obsession" causing "an absurd displacement for other concerns."

A few frustrated staffers began withholding bylines from their own stories shortly after that first Black column, growing to involve more as the week wore on.

Editor-in-chief Rob Roberts would not comment on the byline strike, only saying: "We stand by our columnists' right to state their opinion."

Phyllise Gelfand, vice-president of communications for Postmedia, says in an emailed statement that the company is revisiting its diversity and inclusion programs and that diversity training for its newsrooms will roll out "immediately."

Daly says it would be harder to dismiss the lived experiences of Black people if they were welcomed into newsrooms and their leadership.

"Allow people of differing worldviews and differing lived experiences to coexist in a newsroom environment, and then you're going to get a healthy newsroom," says Daly, a TV producer for the CBC in Halifax.

Over the course of a 25-year journalism career, Daly says he's worked in five provinces, at three TV networks and wire services — including The Canadian Press — and has never had a manager of colour. He recalls just three full-time colleagues who were Black.

In June, the CABJ penned an open letter to Corus Entertainment urging improved supports for Black voices and staff while expressing solidarity "with Black employees at Global News who have grappled with feelings of defeat" over repeated microaggressions.

That was followed last Thursday by another open letter to Corus and its Global News division signed by more than 100 hosts, producers, reporters, editors and camera operators with similar demands. "If we are to expect accountability of others, we must demand it of ourselves," they wrote.

Corus has hired Grange's agency, DiversiPro Inc., to review the entire organization, while its executive vice president of broadcast networks, Troy Reeb, says in a statement it's "acting immediately" at Global News to increase representation, remove systemic barriers to retention and promotion, and consult with marginalized communities on news coverage.

Grange, who wouldn't discuss details of the review, notes an enduring lack of diversity in the broader media industry when it comes to those who decide which stories are covered and how they're told.

Entire communities and perspectives are at risk of being ignored or distorted when coverage is filtered through a predominantly white lens, says Daly.

And when that happens, news coverage can effectively uphold the status quo, sustain systemic barriers and actively deepen racial inequities, adds Anita Li of the Canadian Journalists of Colour.

"That's actually bad for democracy because if people don't see themselves reflected in the news they're less likely to vote, to trust their neighbours, to engage civically," says Li, whose career has included stints with CTV Ottawa, CBC, the Toronto Star and the Globe and Mail.

These are not new problems, she adds, suggesting recent scrutiny rather than genuine insight has spurred some organizations to declare serious plans to address race-related failings.

Li notes the CABJ and CJOC issued their joint calls to action in January but the response from legacy organizations "was crickets."

"We didn't hear anything from them until these mass protests started happening," she says of widespread demonstrations against anti-Black racism and police brutality.

Grange, too, says the majority of his clients have not traditionally been media. But that's changing.

"Suddenly, we're getting them. It's kind of interesting."

Despite recent high-profile transgressions, the media industry does appear to be confronting its role in upholding white bias, says Li, pointing to emerging outlets, major media unions and larger organizations that have publicly committed to the calls to action.

She says they include the Toronto Star, the Globe and Mail union, Global News, and the Walrus.

The Canadian Press says it has met with the CABJ and CJOC on the recommendations and is working to ensure it has the proper infrastructure in place to fully enact them.

"I actually feel like there's genuine traction being made and there's actual, candid conversations about the barriers that journalists of colour are facing," says Li.

She acknowledges that dwindling ad revenues, dropping readership and fragmented audiences amid a plethora of free online competitors make it financially difficult for many outlets.

But investing in diversity and inclusion pays off in the long run, she says, noting Canada's immigrant and racialized population is growing.

"So you're just increasingly missing a bigger and bigger portion of Canadian society," she says of ignoring change.

"Sooner or later these folks, these communities that are being overlooked, are going to go to alternative sources of media."

She encourages journalists and outlets to guard against feeling defensive when forced to acknowledge failures.