Cancer trial to focus on protecting patients from COVID-19 infection

OTTAWA — A national clinical trial this summer will focus on protecting cancer patients against severe COVID-19 infection by attempting to boost their compromised immune system.
Jul 8, 2020 5:48 PM By: Canadian Press 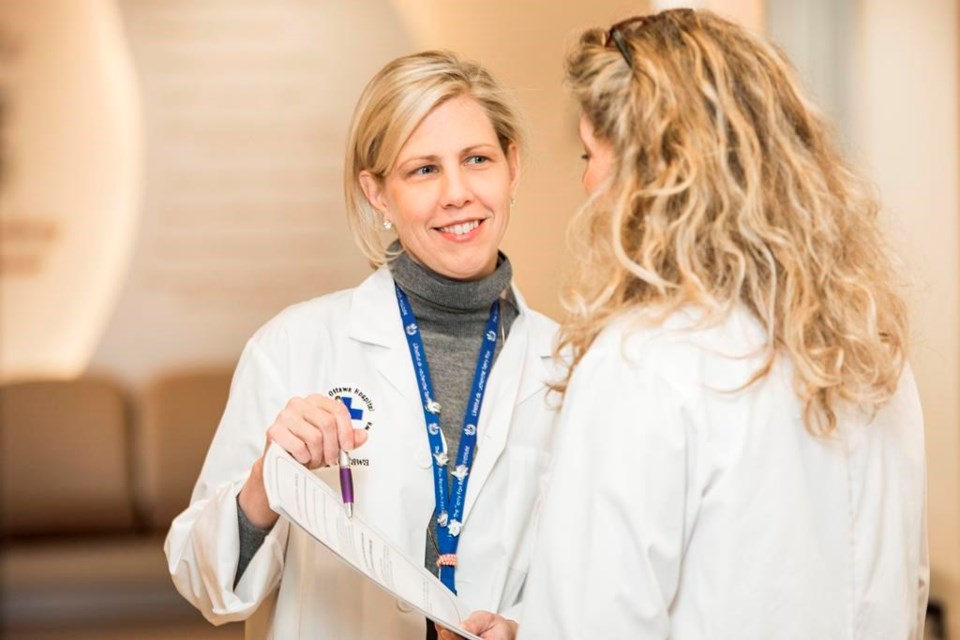 OTTAWA — A national clinical trial this summer will focus on protecting cancer patients against severe COVID-19 infection by attempting to boost their compromised immune system.

Researchers from The Ottawa Hospital say they want to explore the potential of IMM-101, a preparation featuring a dead pathogen containing properties that can stimulate the "first-response arm" of the immune system.

Study lead Dr. Rebecca Auer, surgical oncologist and director of cancer research at the Ottawa Hospital, says it could help experts understand why some COVID-19 patients are relatively asymptomatic while others end up in intensive care or die.

"The difference it seems between these two different presentations has to do with how strong your innate, or your sort of non-specific, first-line defence immune system response is to the virus," Auer said Wednesday.

"And so we're hoping that by boosting and stimulating this innate immune response, particularly in those vulnerable patients that have a reduced immune response to begin with, we'd be able to prevent symptomatic infections and prevent serious infections."

Cancer patients are at much higher risk of severe complications from COVID-19 because chemotherapy, cancer surgery and radiation treatments suppress innate immunity even further.

Auer points to an "urgent need" to protect them while the world waits for an effective COVID-19 vaccine, which could take another year or more to develop, test, and implement.

A successful trial could also protect cancer patients against other respiratory infections as well as the coming flu season, says Auer, noting the threat of illness is a fairly big problem for those undergoing treatment.

"A study demonstrated that about 13 to 15 per cent of cancer patients will have to delay or stop their treatment because of influenza during the average flu season," she says.

"And also cancer patients don't respond as well to the influenza vaccine every year because their immune system isn't as strong. So we think that the IMM-101 may in itself be able to help prevent symptomatic influenza infections."

Auer says IMM-101 has also been tested elsewhere for its anti-cancer properties and that, too, will be examined in this trial, although it's not the primary objective.

The researchers say the bacteria, Mycobacterium obuense, is safe to use in cancer patients because it has been killed by heat.

The Canadian study will recruit 1,500 patients currently receiving cancer treatment, and participants will be randomly assigned to receive either regular care, or regular care plus IMM-101.

Auer says the treatment would be administered as an injection in the arm, to be followed by two more booster shots.

Researchers will follow patients for a year, watching for any respiratory infections and monitoring whether the treatment works and how long it lasts.

The trials will take place in eight centres located in Ontario, British Columbia and Quebec.

Researchers say people interested in participating should speak with their cancer specialist.

Researchers from the Ottawa Hospital came up with the idea and worked with the Canadian Cancer Trials Group at Queen's University to design the trial.

"These patients are unable to practice social isolation due to the need to regularly attend hospital to receive critically important cancer treatment,” says O'Callaghan, who will oversee the trial.

Auer says a successful trial of IMM-101 could also suggest usefulness in treating any patient with a reduced innate immune system, such as older patients with chronic illness.

She notes that the tuberculosis vaccine known as BCG — which uses a similar formulation to IMM-101 but uses live bacteria instead of dead bacteria — is being tested around the world to see if it can boost the immunity of health-care workers exposed to COVID-19.

— By Cassandra Szklarski in Toronto