MONTREAL — Quebec Premier Francois Legault warned Tuesday that the province's plan to allow gatherings for four days around Christmas is at risk as the number of hospitalizations in the province reached its highest point since June.
Dec 1, 2020 4:12 PM By: Canadian Press 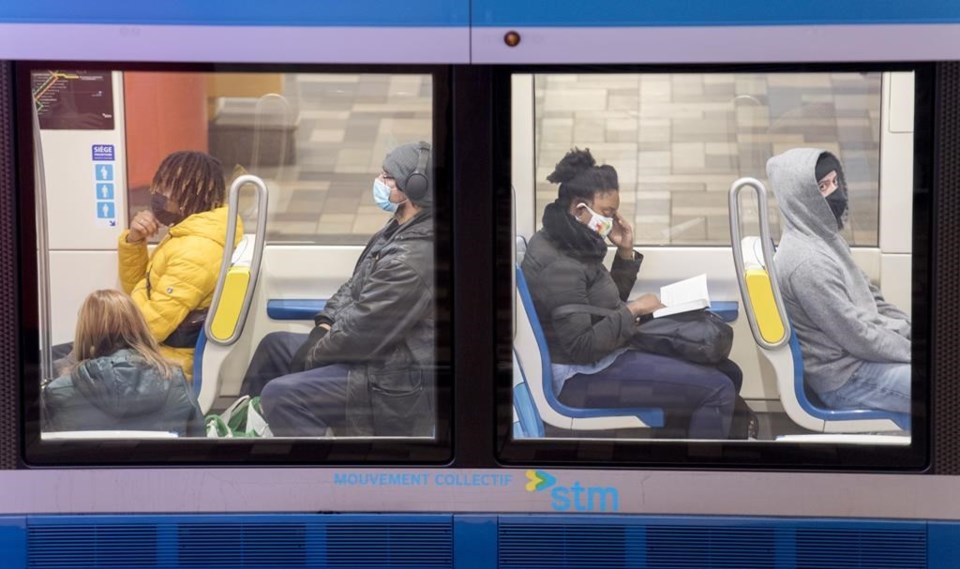 MONTREAL — Quebec Premier Francois Legault warned Tuesday that the province's plan to allow gatherings for four days around Christmas is at risk as the number of hospitalizations in the province reached its highest point since June.

"We're not going in the right direction," Legault said at a news conference in Quebec City. "If hospitalizations continue to increase, it will be difficult to take that risk."

According to data from Quebec's national public health institute, the last time more than 700 people were hospitalized in Quebec due to the virus was June 15.

With "the number of hospitalizations growing day after day," Legault said some hospitals are approaching their capacity to treat COVID-19 patients.

More than 6,500 health-care workers in Quebec are currently on medical leave or can't work as a preventive measure, Legault said. Among those are 1,310 workers who have confirmed cases of COVID-19, the premier said, as well as 1,045 who are waiting for test results.

Legault said the government will announce its final decision on whether gatherings will be allowed on Dec. 11, but he prepared people for disappointment.

"I want to tell the truth to the population, right now the trend is not good," he said. "I hope that it will decrease in the next 10 days."

Gatherings are currently banned in Quebec's "red zones," the highest level of the province's COVID-19 alert system, which now covers much of the province. Those rules have been in place in Montreal and Quebec City since Oct. 1.

On Nov. 19, Legault proposed what he called a "moral contract" that would allow gatherings of up to 10 people from Dec. 24 to Dec. 27. A few days later, the so-called contract was updated to specify that only two gatherings would be allowed during that period.

Quebec's public health director Dr. Horacio Arruda said Tuesday there isn't a specific number of hospitalizations that would lead the government to cancel its Christmas plan, but rather it would depend on the overall impact on the health-care system.

Quebec reported 1,177 new cases of COVID-19 Tuesday and 28 additional deaths associated with the novel coronavirus. According to public health authorities, three of those deaths took place during the previous 24 hours with the rest occurring earlier.

According to public health authorities, there are 120 private seniors residences with at least one active case of COVID-19. Of those, 20 facilities have active cases in more than 25 per cent of their residents.

Health Minister Christian Dube said that in Quebec City, some of those facilities, which don't normally have nurses on staff, are now seeking help from the public health system.

That's forcing the government to send staff to residences and postpone procedures and appointments at hospitals, he said.

"The system is already at its limit," Dube said.

The province has reported 143,548 confirmed cases of COVID-19 and 7,084 deaths associated with the virus since the beginning of the pandemic.