COVID-19 caused surge in demand for food banks, which was already on the rise: report

TORONTO — A new report on food bank use across Ontario shows there was a surge in demand for those services when the COVID-19 pandemic took hold of the province over the winter.
Nov 30, 2020 12:04 AM By: Canadian Press 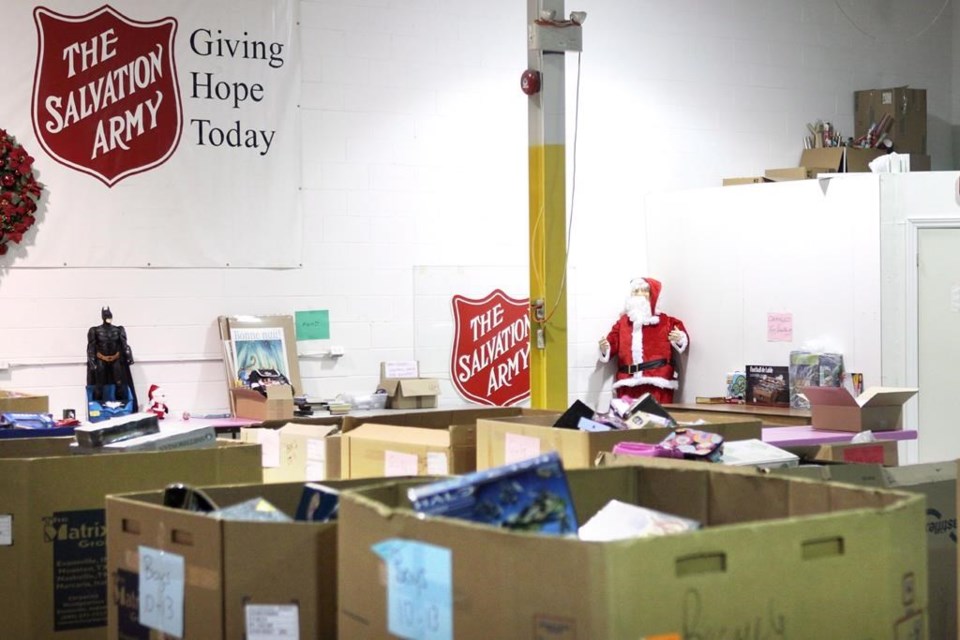 TORONTO — A new report on food bank use across Ontario shows there was a surge in demand for those services when the COVID-19 pandemic took hold of the province over the winter.

The latest study released today by Feed Ontario says the number of people accessing food banks had already gone up over the previous year when the global health crisis began, which exacerbated existing issues.

The organization included a special analysis of the impact of the pandemic alongside its usual report on annual food bank use, which gathers data from 130 member food banks and 1,100 affiliate agencies.

The annual report looks at data from April 2019 to this April, while the pandemic analysis covers data from 71 members and 339 affiliates between March 17 — when Ontario declared a health emergency — and September.

It says all food banks reported a significant increase in the number of first-time users in the first four months of the pandemic.

And 20 per cent of food banks surveyed reported seeing a "continued surge" in the number of people accessing their services on an ongoing basis — an increase of five to 54 per cent — even beyond that period.

Government intervention in the form of income support programs or eviction bans helped reduce the demand for food banks in many regions later in the pandemic, the report says, as did the emergence of community initiatives such as meal programs.

"What this means is that lowered numbers are not always representative of a decrease in need, but rather a redistribution of community support services that fall outside of our network’s data collection and surveying," the organization says in the report.

It also notes that some people, notably seniors, were too afraid to leave their homes to access community services, which may have contributed to the decrease in demand.

Food banks in Burlington, Cornwall, Kanata, Orillia and Windsor surveyed close to 200 or their visitors in September and found each said the pandemic had made the challenges they already faced much more difficult, the report says.

"Many survey respondents reported incurring increased debt to help pay for monthly necessities, as well as choosing to go without food in order to pay the bills," the document says.

"Perhaps most staggering is that one out of two survey respondents reported that they are worried about facing eviction or defaulting on their mortgage in the coming months."

The number of people accessing Ontario's food banks between April 1, 2019 and March 31st of this year went up more than five per cent compared with the previous year, to 537,575, according to the report.

Feed Ontario says its data shows the primary drivers of continued growth in food bank use are inadequate social supports, precarious employment and a lack of affordable housing.

More than 65 per cent of food bank users in the last year listed social assistance programs such as Ontario Works or the Ontario Disability Support Program as their primary source of income, the report says.

"This continuing trend is largely the result of a rise in casual, contract, and part-time employment, which makes it difficult for wageworkers to secure sufficient income each month, changes to Ontario’s labour laws, including the removal of paid sick days, and the inadequate support and accessibility of worker support programs," the document says.

The report says more than 86 per cent of food bank users in the last year were living in rental units or social housing and spent most of their income on rent.

What's more, food banks have seen a 27 per cent increase in the last year in the number of users living in precarious housing such as emergency shelters or staying with friends and family, the report says.

The organization does not collect data on race but acknowledged racialized communities face systemic hurdles as well.

This report by The Canadian Press was first published Nov. 30, 2020.

Vaccination clinic opens in Toronto as province grapples with Pfizer-BioNTech delays
Jan 18, 2021 4:00 AM