MONTREAL — The Quebec government is moving to protect some of the province's more remote regions from the spread of COVID-19 by setting up checkpoints to block non-essential travel.
0
Mar 28, 2020 4:40 PM By: Canadian Press 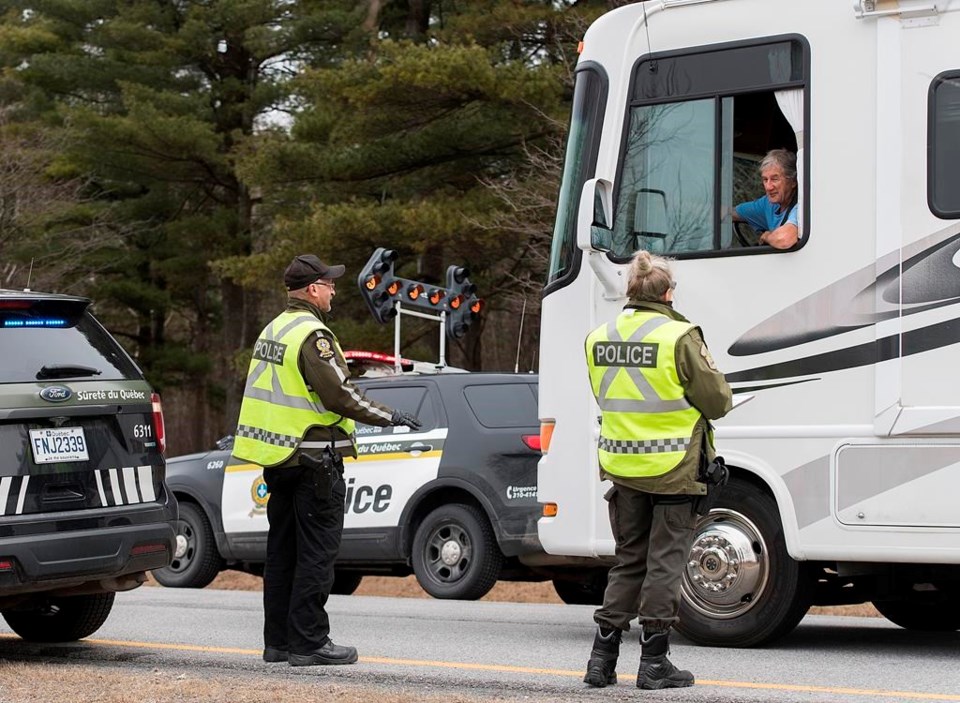 MONTREAL — The Quebec government is moving to protect some of the province's more remote regions from the spread of COVID-19 by setting up checkpoints to block non-essential travel.

Deputy premier Genevieve Guilbault announced the measure Saturday as health officials reported nearly 2,500 people in the province have tested positive for the disease.

She said police checkpoints would be established on major roads in and out of those areas as of Saturday afternoon.

Quebec health authorities say there are now 2,498 confirmed cases of COVID-19 in the province, and four additional deaths were reported Saturday, bringing the total to 22 deaths.

Guilbault told the daily briefing in Quebec City populations in those areas are deemed to be more at risk of COVID-19.

She said if people attempting to enter or leave the regions "are not an essential service, if they are not going for health reasons or for humanitarian reasons, they will be sent home."

Quebec provincial police have also set up checkpoints near the Canada-U.S. border to intercept snowbirds coming back to Quebec to ensure they understand there's a 14-day quarantine in place.

The province has identified parts of Montreal and the Eastern Townships as being hotspots for spread of the virus, with Montreal declaring a health emergency on Friday afternoon at the behest of provincial health authorities.

Guilbault assured that the situation is under control in the province's largest city, but said the measure allows to act more quickly to avoid a worst-case scenario.

Montreal's public health director, Dr. Mylene Drouin, said in a tweet that Montreal's special measures would be made public on Sunday.

All were over 60 years old, three cases involved people in their 70s, and most were between 80 and 89 years old, he said.

In two cases, the victims were older than 90, and most had other health conditions.

The province reported that 164 people remain hospitalized and 57 are in intensive care.

This report by The Canadian Press was first published on March 28, 2020.

Montreal municipality makes masks mandatory in stores, public buildings
Jun 2, 2020 4:08 PM
Comments
We welcome your feedback and encourage you to share your thoughts. We ask that you be respectful of others and their points of view, refrain from personal attacks and stay on topic. To learn about our commenting policies and how we moderate, please read our Community Guidelines.