Ontario should improve working conditions in long-term care homes in an effort to retain staff and prevent the spread of COVID-19 within the facilities, a new report from a group of health experts advising the province suggests.
Jan 20, 2021 5:48 PM By: Canadian Press 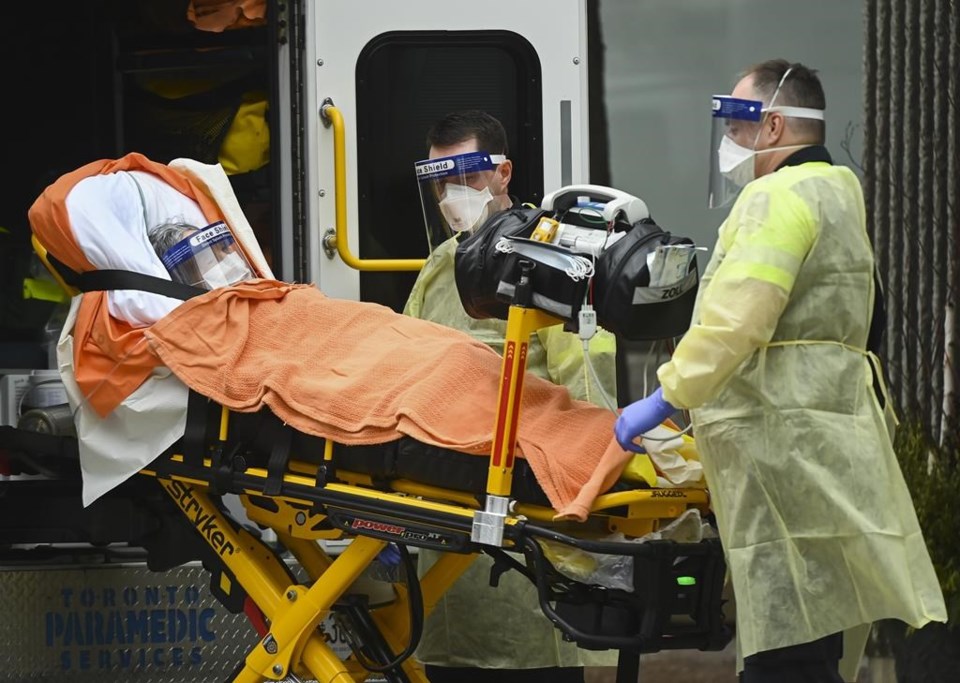 Ontario should improve working conditions in long-term care homes in an effort to retain staff and prevent the spread of COVID-19 within the facilities, a new report from a group of health experts advising the province suggests.

The immense toll the pandemic has taken on the long-term care sector is only increasing as infections and deaths among residents speed up, mirroring the virus's spread in the community at large, the report released Wednesday from the Ontario COVID-19 Science Advisory Table said.

The province can build on what it has already done to improve the situation and protect residents and staff from the virus, the report said.

"Addressing the longstanding staffing shortages is one of the most urgent issues confronting Ontario's LTC homes both during and in the wake of the COVID-19 pandemic," said the report.

The document pointed to American research that found staffing shortages in long-term care homes led to more cases of COVID-19, and also noted that staff needed to be supported in community approaches to fight the virus, such as localized testing.

The report said, however, that the pandemic has made working in the sector even less appealing, as many workers have caught COVID-19 and 10 have died of the virus in Ontario.

As of Wednesday, 13,549 residents of long-term care homes had been diagnosed with the virus and 3,239 had died, according to provincial data. As many as 5,375 staff members had been infected.

"There is also a heightened fear among staff about onwards transmission of (COVID-19) to family members, not having access to PPE given the shortages at the onset of the pandemic, and burnout given the stressful conditions many staff are exposed to in outbreak settings," it reads.

The province has done some things to improve working conditions, such as introducing temporary pay raises and accelerated training programs, the report said.

But those benefits should be extended beyond the end of the pandemic to attract new workers – and keep them in their jobs once they're hired, the report recommended.

"This could include creating more full-time jobs, more permanent pay increases, career ladders and more immediate increases in the hours of care being provided to each resident," it said.

The report also pointed to suggestions to make at least 70 per cent of staff full-time, while ensuring "all full-time and part-time staff have fair pay and benefits including paid sick leave."

The document noted that spread in long-term care homes reflects community spread, with facilities in regions with high rates of COVID-19 more likely to have significant outbreaks.

"The relationship between community incidence of SARS-CoV-2 infections and LTC home outbreaks is likely mediated by infected staff who are unknowingly importing virus in homes with asymptomatic or pre-symptomatic COVID-19," it reads.

An Ontario study conducted "in the early days of the first wave" found that infection among staff was associated with death among residents with a lag of just six days, the report notes, so tackling staff infection is paramount.

The document suggested making sure personal support workers and other long-term care staff are included in community-tailored approaches to prevent the spread of COVID-19, such as enabling local organizations to offer testing and support, individualized case management and paid sick leaves and eviction moratoriums.

The document also recommended extending a prohibition on three- and four-bed rooms beyond the end of this month to prevent overcrowding, which is associated with higher rates of COVID-19 and more deaths.

"We have seen how quickly this virus spreads, and community transmission remains a serious threat to long-term care homes," Krystle Caputo said, pointing to government investments and vaccination efforts.

"The government's own experts are echoing what residents, families, front-line staff and countless others have been saying for months," she said. "Long-term care homes with underpaid temporary staff and residents crammed three and four to a room are leaving seniors vulnerable, and are resulting in more devastating illness and tragic death."

This report by The Canadian Press was first published Jan. 20, 2021.