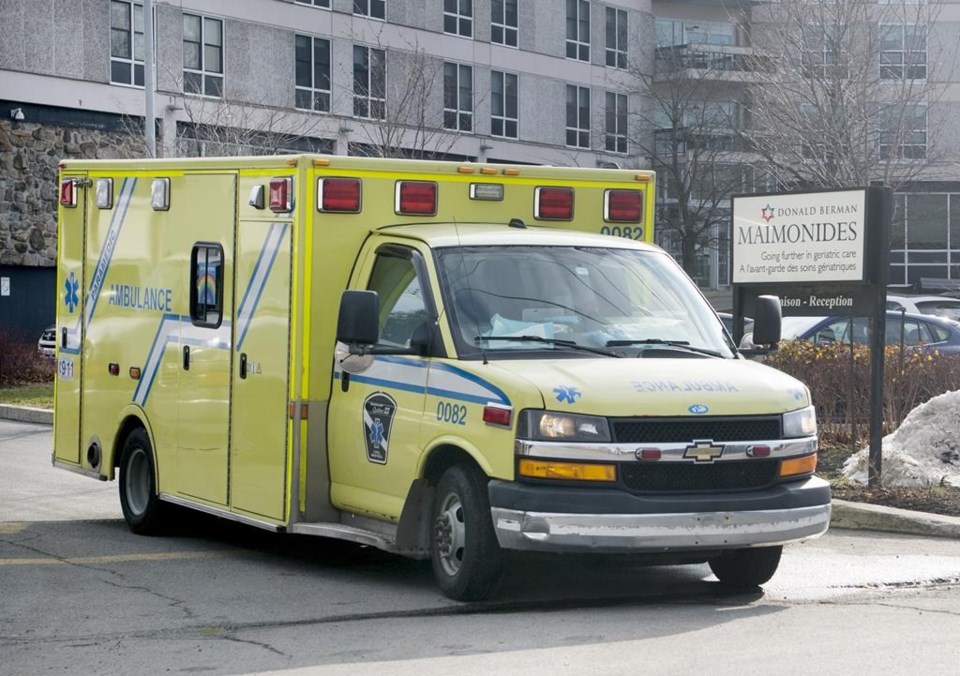 "What we want is the safety of our residents, which is why we made this decision," Dupuis said in an interview.

The transfers came a day after the health agency announced plans to close a COVID-19 hot zone at Maimonides -- which had 30 COVID-positive residents -- to try to stem the spread of the virus.

Dupuis said the outbreak began after an asymptomatic caregiver entered the facility and later tested positive for COVID-19.

"Once there’s one person, it’s like a fire; it goes very fast. People get infected very fast," she said.

The situation has raised concerns among residents' relatives and loved-ones, who staged a protest outside the centre on Thursday to demand more support.

Joyce Shanks' 81-year-old father, Harvey Stoliar, has been at Maimonides for the past five years, since suffering a brain injury.

She said that while moving residents who tested positive for COVID-19 to hospitals is a good first step, the facility needs more staff and safety protocols in place to prevent COVID-19 outbreaks.

“It’s a nightmare and we’re scared. A lot of us are angry, as well… We’ve been trying to be part of the solution and we’ve been kind of ignored and so have our loved ones," Shanks said in an interview.

As of Nov. 28, 10 residents had died at Maimonides during the second wave of the COVID-19 pandemic, according to Health Department data.

Quebec Health Minister Christian Dube said Thursday that he had asked for a report on the situation and on whether additional staff is needed.

Quebec long-term care homes were hit hard during the first wave of the pandemic last spring. Many facilities were under-staffed and in some cases, personnel moved between centres -- allowing the virus to spread more easily.

The province reported 1,395 new infections and 12 additional deaths linked to the novel coronavirus on Sunday, bringing the total since the start of the pandemic to 141,038 cases and 7,033 deaths.

In a statement on Sunday, Tam said people "aged 80 years and older currently (have) the highest incidence rate" across the country.

She also said more and larger outbreaks are happening in long-term care homes, among other places, and urged people to reduce their contacts with others to prevent the virus from spreading further.

In Montreal, Dupuis said the health agency now intends to make it mandatory for caregivers to have a negative COVID-19 test result before they enter long-term care homes.

"The government is also allowing us now to make it compulsory for the staff, which was not the case before," she said, adding that gaps are still inevitable.

"But at least we'll be tougher in our control system."

That was welcome news for Shanks, who said she hoped public health and Maimonides officials would better communicate with families moving forward, too.

"Let us work with you," she said. "We just want a healthy, safe population."

This report by The Canadian Press was first published Nov. 29, 2020.

Note to readers: This is a corrected story. A previous version carried an incorrect quote.