MONTREAL — A municipality on the island of Montreal is boasting that it has become the first jurisdiction in Canada to make wearing a mask mandatory for anyone entering a business or a city-owned building.
Jun 2, 2020 5:16 PM By: Canadian Press 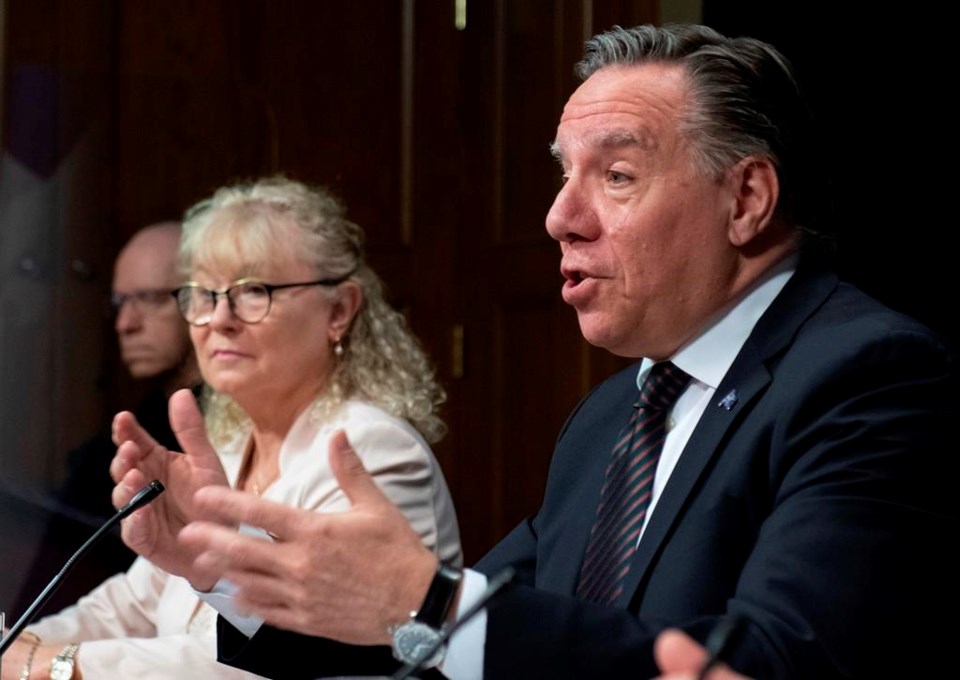 MONTREAL — A municipality on the island of Montreal is boasting that it has become the first jurisdiction in Canada to make wearing a mask mandatory for anyone entering a business or a city-owned building.

Cote St-Luc Mayor Mitchell Brownstein said his council passed the bylaw on Monday, and businesses have two weeks to comply. Fines for businesses and individuals who violate the bylaw range from $100 to $500, he said.

Brownstein said all business owners will be required to post a sign provided by the city alerting clients to wear a mask upon entry. He said exceptions will be made for people with asthma or other health conditions or disabilities preventing them from wearing masks.

He said his office researched the situation across the country and found no other town or province that has gone this far. "We want to make Cote St-Luc the safest place for people to shop, and hopefully the provinces in Canada will follow," Brownstein said in an interview Tuesday.

On Monday, Ottawa's transit commission voted to make mask-wearing on public transit mandatory starting June 15, but officials said they will not prohibit unmasked people from boarding.

In Quebec, the province with the most COVID-19 cases and deaths, mask-wearing is strongly recommended but not mandatory.

Premier Francois Legault regularly urges citizens to wear masks on public transport as well as when they can't maintain a two-metre distance from one another. But Legault has so far refused calls from opposition politicians and others to make masks mandatory in certain settings.

Brownstein pointed to Israel, where mask-wearing is mandatory for people who leave their home, as a model for his city's decision. Israel and Quebec both have roughly 8 million people, but Israel has less than half as many COVID-19 cases and fewer than 300 deaths.

Quebec, by contrast, reported 52 additional COVID-19 deaths Tuesday, for a total of 4,713. The total number of confirmed cases in Quebec now stands at 51,593, with 16,803 people who have recovered.

Cote St-Luc is home to about 32,000 people and has the highest percentage of seniors in Quebec, Brownstein said. At the beginning of the pandemic in March, it was one of the hardest-hit areas in the province.

"But we closed non-essential businesses early, and our numbers went down," he said.

"We want to keep it that way. We are doing this to make sure we can continue to keep our numbers down."

"I'm asking all Quebecers from the bottom of my heart, if you're ready to mobilize your strength, your energy, your humanity, if you want to make a real difference in the lives or our elderly, please join us, we need you," Legault said in Quebec City.

Legault said the course will begin in mid-June and last until mid-September, when he hopes the new recruits will replace the hundreds of soldiers and other untrained people who answered a plea from the premier to help fill labour shortages.

The training course will be 375 hours long and will pay $760 per week. Graduates will be paid a starting full-time annual salary of $49,000.

This report by The Canadian Press was first published June 2, 2020.