A group representing Ontario's municipalities is asking the province to commit enough cash to keep cities from going into debt amid concerns that COVID-19 will throw them into a fiscal hole so deep they can't climb out.
0
Mar 26, 2020 6:00 AM By: Canadian Press 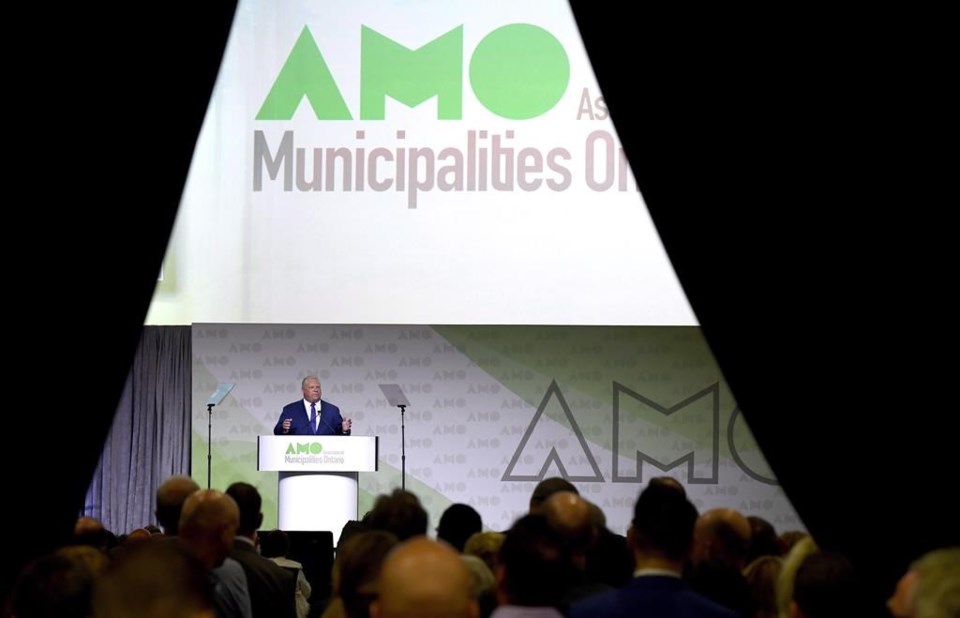 A group representing Ontario's municipalities is asking the province to commit enough cash to keep cities from going into debt amid concerns that COVID-19 will throw them into a fiscal hole so deep they can't climb out.

Brian Rosborough, executive director of the Association of Municipalities Ontario, said the group has asked the province to give them enough money that they don't have to go into the red while they fund services such as paramedics, which are more important than ever during the pandemic.

"Municipalities are really going to have to be front and centre in the recovery effort, so the last thing they need is to manage this sort of operational deficit," Rosborough said. "Municipalities will be appealing to the province and to the federal government for backstop funding that will make sure municipalities can continue to deliver the important work that they do."

The need for funding is exacerbated by provincial rules that bar municipalities from budgeting deficits, which would give them only a year to get back into the black.

But Rosborough said changing those rules isn't the answer either.

"That would put municipalities in considerable unnecessary debt after this crisis passes," he said.

In Ontario, municipalities provide services that range from ambulances to police to road maintenance, which are also essential during a pandemic.

The province on Wednesday unveiled a $17-billion relief package made up of $7 billion in new spending and $10 billion in tax and other deferrals.

"The province will be providing municipalities and organizations that administer social services with funding to support them in their response to the COVID-19 outbreak," said Emily Hogeveen, a spokeswoman for the province's finance minister.

"The funding will help municipalities and social service providers such as shelters, food banks, emergency services, charities and non-profits to continue to deliver their critical services, hire additional staff, and find ways to promote social distancing and self-isolation."

But there was no explicit commitment to prevent municipalities from going into the red.

Craig Dyer, chief financial officer for the Region of Waterloo, said in addition to the extra costs incurred during this crisis — which range from cleaning public spaces more regularly to screening for the virus and buying additional personal protective equipment — there's also a loss in revenue.

The use of public transit is down and officials are preparing for the possibility that people who have lost their jobs won't be able to pay property taxes, Dyer said. Both are significant money-makers.

"In our case, about 50 per cent of our $1.1-billion budget comes to us in the form of property taxes," he said.

Typically in these cases, Dyer said municipalities can dip into their reserve to cover any additional costs. But in the current situation, it seems increasingly unlikely that will be able to cover costs.

"So our exercise then is twofold — one, we need to spend a bit of time attempting to quantify what the deficit will be at the end of the year, and step two would be to say, what are some of the things we could or should do now to attempt to offset the deficit?" he said.

As for the ultimate price tag, Dyer said it's far too early to tell.

In the meantime, the region is preparing for the worst.

"We've had an unprecedented use of the term 'unprecedented' over the last little while," Dyer said. "We're trying to work our way through a problem that is new to all of us and so our early indications are we're in for a significant financial challenge this year."

Ford says 'patience has run thin' with low numbers of COVID-19 tests in Ontario
Apr 8, 2020 7:06 PM
Comments
We welcome your feedback and encourage you to share your thoughts on this story. We ask that you be respectful of others and their points of view, refrain from personal attacks and stay on topic. To learn about our commenting policies and how we moderate, please read our Community Guidelines.