MONTREAL — Quebec met its COVID-19 testing goals for the first time Saturday, announcing it had administered 14,000 tests as the province continues to gradually ease restrictions.
0
May 23, 2020 4:18 PM By: Canadian Press 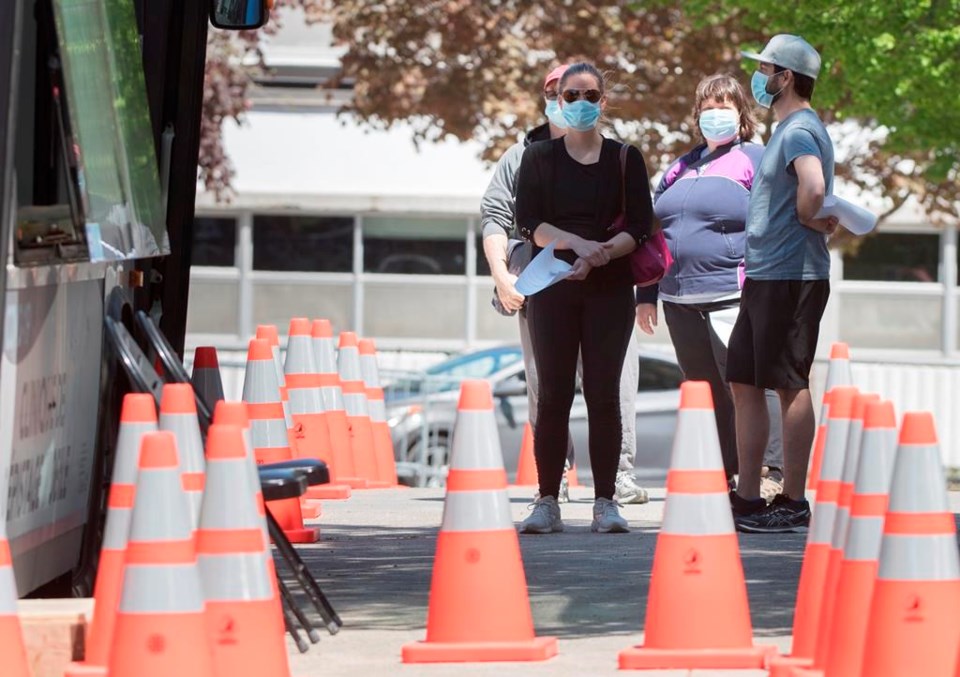 MONTREAL — Quebec met its COVID-19 testing goals for the first time Saturday, announcing it had administered 14,000 tests as the province continues to gradually ease restrictions.

The province added 75 COVID-19-related deaths Saturday, bringing the provincial death toll up to 3,940.

Health authorities also reported 697 additional confirmed cases, bringing the number of COVID-19 cases across the province to 46,838 — with more than 23,000 of those people testing positive in hard-hit Montreal.

But after admitted fits with testing, the government announced it had done 14,572 tests in one day — surpassing its daily target of 14,000 for the first time since announcing the benchmark on May 1, deemed necessary ahead of reopening.

The province had previously managed more than 13,000 tests twice earlier this month.

The testing triumph comes after Premier Francois Legault said he was "impatient" this week with the number of people being screened as the province announced a series of measures relaxing COVID-19 restrictions.

The province had set a goal of up to 100,000 COVID-19 tests per week ahead of elementary schools, factories, construction and businesses resuming outside Montreal.

Deputy Premier Genevieve Guilbault said on Friday that testing alongside physical distancing rules, wearing masks in public and frequent handwashing were all keys as the province gradually resumes activities this month.

“We need the collaboration of Quebecers: If you have symptoms or have been in contact with someone who is sick, we ask you to go for a test,” Guilbault said Friday, as a public health rule allowing for gatherings with a maximum of 10 people from up to three families with social distancing measures in place took effect.

The province will further relax measures on Monday when some retail businesses are set to reopen in the greater Montreal area, the region hardest hit by the virus in Canada.

Public health has urged masks be worn across the province, particularly on public transit or other areas where keeping a two-metre distance can't be met. Transit agencies in the Montreal area are handing out masks next week.

Also Saturday, authorities also reported a decrease of 27 in the number of hospitalizations to 1,452. Meanwhile, the number of intensive care cases also dropped by four to 167.

As of Saturday, 14,044 people have recovered from the virus in Quebec.

This report by The Canadian Press was first published May 23, 2020

Labour shortages on some Ontario farms threaten crop harvest groups say
Jun 3, 2020 4:58 PM
Ford says decision on second stage of reopening could come within next week
Jun 3, 2020 3:53 PM
Comments
We welcome your feedback and encourage you to share your thoughts. We ask that you be respectful of others and their points of view, refrain from personal attacks and stay on topic. To learn about our commenting policies and how we moderate, please read our Community Guidelines.