MONTREAL — Quebec Premier Francois Legault is calling on the federal government to ban non-essential flights to Canada over fears that travellers will bring new variants of COVID-19 back to the province.
Jan 19, 2021 6:05 PM By: Canadian Press 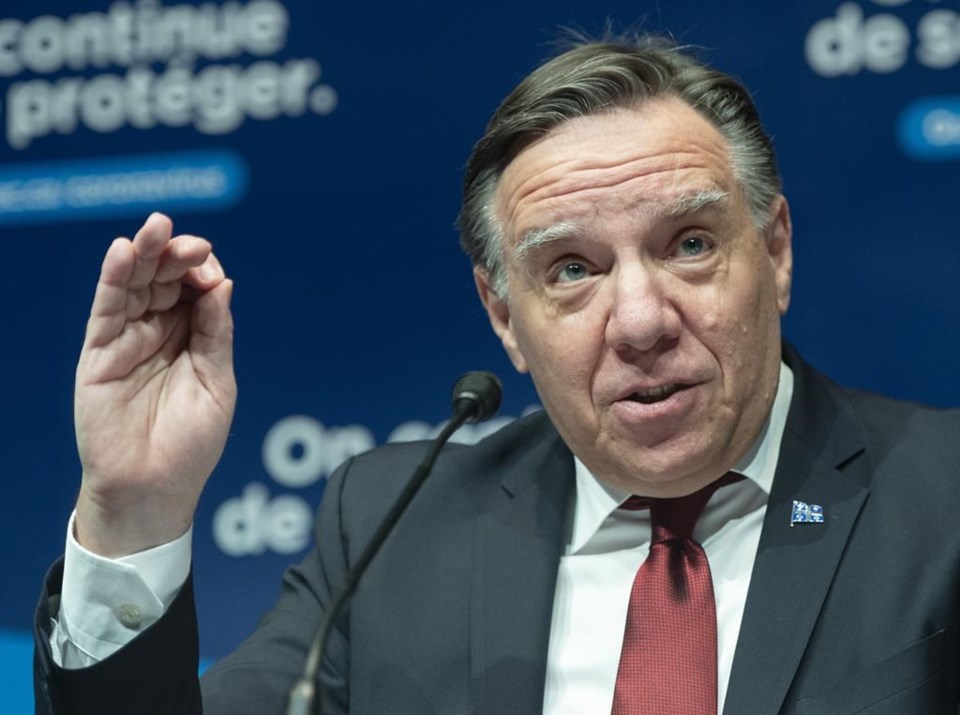 MONTREAL — Quebec Premier Francois Legault is calling on the federal government to ban non-essential flights to Canada over fears that travellers will bring new variants of COVID-19 back to the province.

The call comes one day after a fifth case of the COVID-19 variant first detected in the United Kingdom was found in Quebec, public health director Dr. Horacio Arruda told reporters Tuesday. The other four cases of the variant, which scientists believe is more contagious, were found in December and were all within a single family.

Legault said he is open to discussing what's defined as essential but it's clear that flights to all-inclusive resorts in sun destinations are not essential.

"I feel like Quebecers are angry, I'm angry, to see that we're making an effort, and there are people who travel internationally for fun and who return here with the virus and clog our hospitals," he said.

Earlier in the day, Prime Minister Justin Trudeau urged Canadians to cancel any plans they have for international trips in the near future. Trudeau warned the federal government could at any time, and without warning, enforce new restrictions on travellers returning to Canada.

However, when asked if he would ban flights, Trudeau told reporters that the Constitution guarantees Canadians the right to travel and to return to the country. Legault said he doesn't understand Trudeau's response. "How come we were able to do it last spring?" he asked.

Legault said he's asked Quebec's public security minister to look into what action the province could take at airports if the federal government doesn't act.

It wouldn't be the first time that authorities in Quebec sent officials to an airport over concerns of federal inaction. In March, Montreal public health officials and city police were sent to Montreal-Trudeau International Airport to encourage arriving travellers to self-isolate.

Quebec Health Minister Chrstian Dube said the changes to Quebec's vaccine schedule are relatively minor and he hopes that higher shipments in coming weeks will make up for the slowdown.

The Health Department said it conducted 10,514  inoculations on Monday and has now given 164,053 people the first dose of vaccine.

Quebec reported 1,386 new cases of COVID-19 Tuesday — the lowest number of new cases in a single day since early December — and 55 additional deaths linked to the virus, including 16 deaths within the preceding 24 hours.

Legault described the number of new cases as an "encouraging sign" and said it suggests that the province's restrictions, including an 8 p.m. to 5 a.m. curfew,  are working. But the premier said the number of hospitalizations will have to come down before he considers lifting restrictions.

Earlier in the day, the Health Department said the number of hospitalizations rose by nine from the day before to 1,500, while the number of people in intensive care declined by five from the previous day, to 212.

Quebec has reported 245,734 confirmed cases of COVID-19 and 9,142 deaths linked to the novel coronavirus since the beginning of the pandemic.