MONTREAL — Members of religious minority groups in Quebec are decrying the provincial government's plan to allow Christmas-time gatherings in the midst of the COVID-19 pandemic, calling the move a sign of a double standard.
Nov 22, 2020 11:22 AM By: Canadian Press 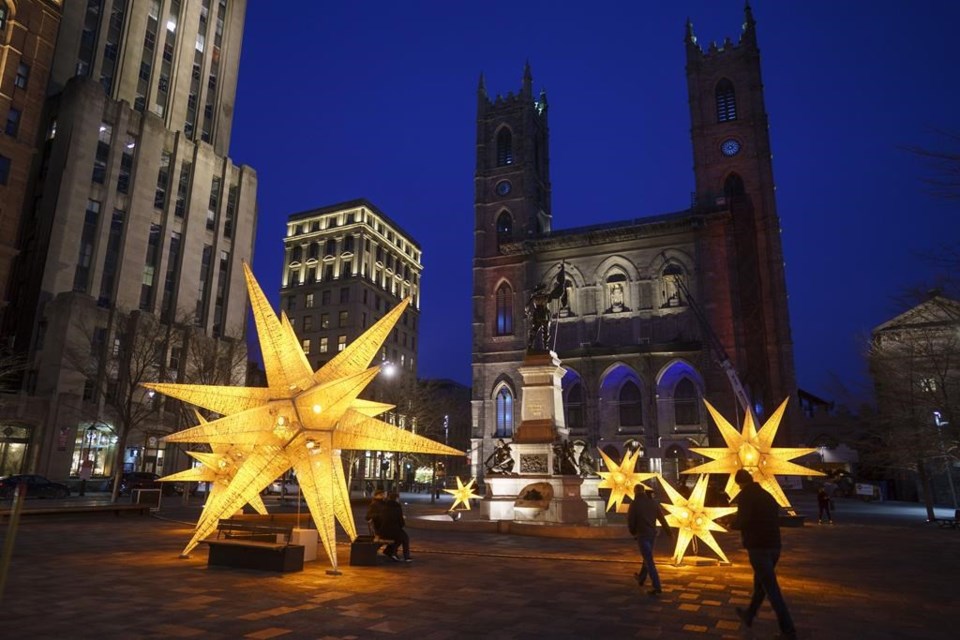 MONTREAL — Members of religious minority groups in Quebec are decrying the provincial government's plan to allow Christmas-time gatherings in the midst of the COVID-19 pandemic, calling the move a sign of a double standard.

The condemnations came days after Premier Francois Legault offered Quebecers what he dubbed a "moral contract" through an offer to raise gathering limits over a four-day period starting on Christmas Eve.

"It's disappointing," said Yusuf Faqiri, a representative of the National Council of Canadian Muslims. "The Muslim community, the Jewish community, the Sikh community, when we had our respective holidays, we were not able to gather."

Legault announced the terms of the Christmas repreive on Thursday, saying groups of up to 10 could gather between Dec. 24 and Dec. 27. The short-term move marks a sharp reversal from rules currently in place in much of the province, where all indoor gatherings are banned in regions classified as red zones under the province's pandemic response plan.

Faqiri said his objections to the move aren't rooted solely in the pandemic. His organization is one of several that is currently challenging Quebec's secularism law in court. That law bans some public servants, including teachers, from wearing religious symbols while working, on the grounds that the state must be religiously neutral.

He said it's "a contradiction" to defend that bill while allowing Christmas gatherings.

"All Quebecers, from all faith groups, from all respective traditions, we're all proud participants in the society," he said. "But in order for us to do that, we should all be treated the same and that's where the fundamental issue lies."

Rabbi Lisa Grushcow, of Temple Emanu-El-Beth Sholom in Montreal, said Jewish people have been left out.

"But we've been left out of something I wouldn't want to be included in," she quipped.

Grushcow said she's worried that the allowance for gatherings will put vulnerable people and teachers at risk.

"I don't know that the government's following the science and the medical wisdom," she said. "That's the piece that worries me."

She said she doesn't want the government to allow people to gather for Hanukkah, noting that her congregation has already made it through more important Jewish holidays in the midst of the pandemic.

Grushcow said there is an inconsistency when it comes to the Quebec government's approach to secularism.

"You're saying that you can rearrange the whole school calendar and put a society at risk so folks can celebrate Christmas, but you're not going to let it teacher wear a hijab or a kippah," she said. "It is a bit of a challenge."

When asked about people who don't celebrate Christmas at press conference on Thursday evening, Legault said he believes allowing for gatherings around Christmas is what most Quebecers want.

“While we appreciate the intent of the Quebec government’s decision to accommodate families and allow them to gather for Christmas, it is unfortunate and disturbing that it does not apply to all faith communities," Rabbi Reuben Poupko, the co-chair of Centre for Israel and Jewish Affairs-Quebec and the rabbi of the Beth Israel Beth Aaron Congregation in Montreal, said in a statement. "The elevating of one faith community over another is inappropriate, and all faith communities should be treated in an equitable manner."

At a technical briefing on Friday morning, public health officials said they didn't specifically choose to centre the moral contract around Christmas but selected the dates because they fell in the middle of the winter school break.

This report by The Canadian Press was first published Nov. 22, 2020.

Ontario appoints retired Gen. Rick Hillier to lead province's vaccine rollout
Nov 23, 2020 5:19 PM
Comments
We welcome your feedback and encourage you to share your thoughts. We ask that you be respectful of others and their points of view, refrain from personal attacks and stay on topic. To learn about our commenting policies and how we moderate, please read our Community Guidelines.