TORONTO — The internet is awash in lists of things that many of us get wrong on a regular basis: the way we peel bananas, the direction we hang toilet paper, the way we fold clothes.
Mar 5, 2020 3:09 PM By: Canadian Press 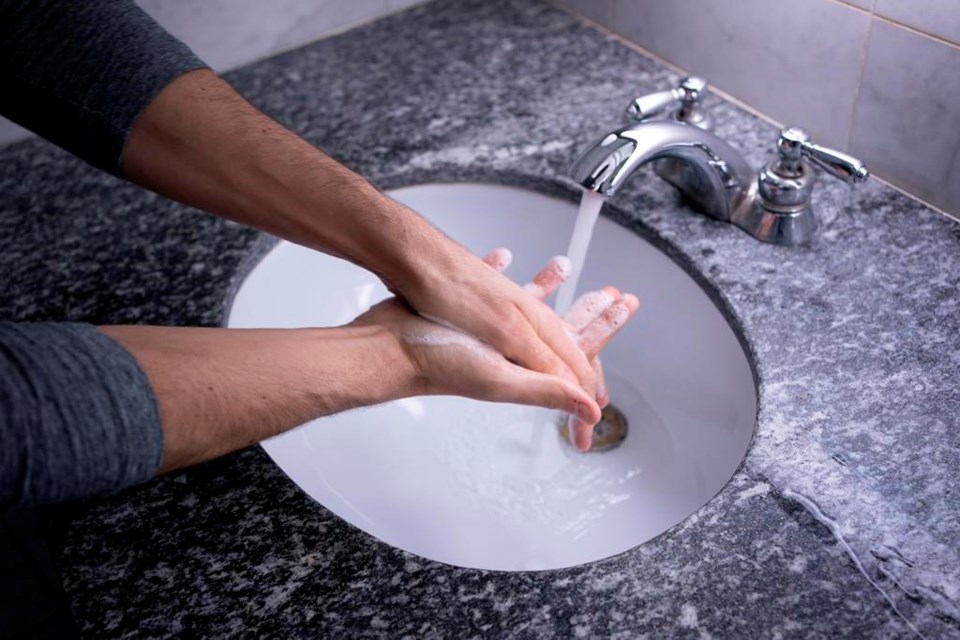 TORONTO — The internet is awash in lists of things that many of us get wrong on a regular basis: the way we peel bananas, the direction we hang toilet paper, the way we fold clothes.

But none of those life hacks have the impact of a crucial task many of us likely botch daily: handwashing.

It took the arrival of a frightening new coronavirus to put fresh scrutiny on a healthy habit that global health officials say is one of the best ways to prevent infection.

But are we really that bad at something all of us ostensibly do multiple times a day? Yes, and spectacularly so, according to an infection control epidemiologist at the University of Toronto.

Colin Furness, who teaches knowledge management in the faculty of information, says a study he co-authored in 2014 found organ transplant patients recovering post-surgery at a Toronto hospital washed an average of 30 per cent of the time after visiting the bathroom and just shy of 40 per cent of the time before a meal.

The data was gathered using automated sensors that followed the movements of patients and recorded each time a soap or sanitizer dispenser was used.

Using the same system to measure hospital staff, hygiene rates tripled when an auditor was present to witness behaviour, he says, suggesting that the awareness of being watched is a strong factor in driving good hygiene.

"If no one's around, it's highly likely that people are not washing," says Furness, who adds that's why people should be especially wary of germs on bathroom door knobs.

"I'm not a germaphobe but I will, based on my work, always use a paper towel to exit. And then now of course, you get bathrooms where it's paper-free and it's just hand dryers and that is simply less safe."

That's because if you're not washing diligently, paper towels can go a long way towards removing germs that remain, agrees Ottawa respirologist Dr. Shawn Aaron.

And why is all this important?

Because COVID-19 is believed to be spread by droplets emitted when an infected person coughs or sneezes, explains Aaron.

"If that person touches a knob or touches an object or a counter, (the virus) presumably is living for at least several days on that surface," says Aaron, who works at the Ottawa Hospital and is on the Lung Association's research advisory committee.

"If anyone else comes along and touches that same counter or doorknob, (the virus) is now on their hands."

Health officials have repeatedly stressed the best way to prevent the spread of COVID-19 or influenza is to wash hands frequently, avoid touching your face, and cover your mouth when you cough or sneeze.

"Wash your hands like you've been chopping jalapenos and you need to change your contacts," B.C. Health Officer Dr. Bonnie Henry advised earlier this week.

Indeed, if there's a common error most make it's that we often fail to wash long enough — at least 20 seconds — and thoroughly enough.

For the newly hyper-conscious, there can be other vexing questions: Liquid or bar soap? Aerated foam soap or not? Does water temperature matter?

The Public Health Agency of Canada website says to wash hands often, especially after coughing, sneezing or using tissues, before and after eating, before preparing food, after handling raw meat, after petting an animal, and after using the bathroom.

The best method is to wet your hands with warm water, then add soap and lather. Rub your hands together and make sure to lather all surfaces — front and back, including thumbs, between fingers, the back of the hand and fingernails — for at least 20 seconds.

That's about as long as it takes to sing "Happy Birthday," recite your ABC's, or belt the chorus to the appropriately titled Bee Gees song, "Stayin' Alive." More 20-second suggestions are all over Twitter.

Use paper towel to turn off the tap to avoid re-contaminating your hands and when using a public bathroom, use the same paper towel to open the door when you leave, the agency states.

Whether soap is liquid or bar, foam or not, means less than the ingredients and how strong it is, adds Furness.

Other tips from the public health agency: Don't use a common damp cloth to wash children's hands, or a common hand towel.

"Keep your hands by your side and don't touch things," chuckles Aaron, acknowledging that worrying about the myriad ways contamination can occur is enough to drive anyone crazy.

"There's no way to stay sterile and in modern life right? I mean none of us can live in a bubble."

This report by The Canadian Press was first published March 5, 2020.