TORONTO — A weak heart made simple tasks like walking to the bathroom from his bedroom difficult for Mir Hasan Ali. The 76-year-old retiree says he would tire quickly and feel dizzy if he walked more than a few minutes.
Mar 11, 2020 4:45 PM By: Canadian Press 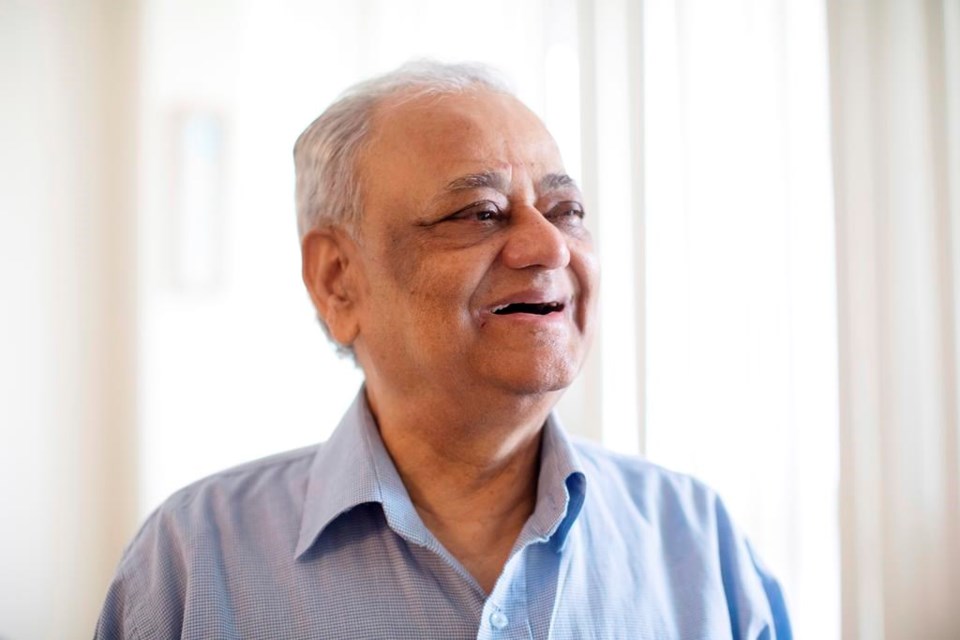 TORONTO — A weak heart made simple tasks like walking to the bathroom from his bedroom difficult for Mir Hasan Ali.

The 76-year-old retiree says he would tire quickly and feel dizzy if he walked more than a few minutes.

The problem: a leaking valve on the right side of his heart known as the tricuspid valve, often called "the forgotten valve" because it gets relatively little research when compared to its more famous neighbours, the aortic, pulmonary and mitral valves.

It's a hard-to-treat condition that often demands open-heart surgery to address, but that was too risky for Ali who was also battling several other heart issues including atrial fibrillation, a previous bypass surgery and coronary artery disease that required several stents.

His cardiologist approached him with a novel idea: to replace the valve by inserting a catheter through the femoral vein in his groin and implanting a new valve within the old valve, effectively eliminating the leak and improving blood flow to the rest of the body.

He agreed, and nearly one year after receiving treatment, St. Michael's Hospital says Ali is the first person to have benefited from a technique that could be a "game-changer" for high-risk patients too sick for surgery.

Ali didn't set out to be a pioneer, but says he agreed to try the new technique because he wanted to help others in his position.

"It was scary. Many people were discouraging (me from the procedure) but my son did a lot of research and he said, 'Go for it,'" says Ali.

Doctors Neil Fam, Mark Peterson and Geraldine Ong performed the procedure May 23, 2019 at Toronto's St. Michael's Hospital, and Fam says it has since been replicated seven more times.

Details were published Wednesday in the Journal of the American College of Cardiology: Cardiovascular Interventions.

Before this technique was developed, Fam says tricuspid valves would typically be replaced by open heart surgery or an incision through the ribs. He says this less-invasive approach reduces the risk of complications, recovery time and medications.

"Surgeons don't like operating on patients who have (this) because the risk of the patient dying or having major complications is very high. And so these patients unfortunately don't have too many other options and they just get treated with medication," says Fam, estimating that between 10 and 20 per cent of patients don't survive surgery for what's formally known as tricuspid regurgitation or TR.

"But patients who have this problem really don't feel well — they're suffering and once they develop heart failure they're in and out of the hospital."

Fam says the new technique is similar to a method commonly used to replace the aortic valve, and also similar to the way clogged arteries are relieved with angioplasty in which a tiny balloon is inserted into a blocked blood vessel.

It's also similar to the way St. Michael's has been repairing tricuspid valves since 2015, in which doctors use a type of clip originally invented for the mitral valve on the left side of the heart. While it works well, not all patients are candidates for repair, says Fam.

"I think it probably will be a game changer," Fam says of this new approach.

"In general, we think if you can start with a repair earlier on in their disease-stage then that's good. But, you know, a lot of patients, their symptoms are vague and they just don't get diagnosed until later. And it's for those patients now that we have a solution."

Approximately 150,000 Canadians have significant tricuspid regurgitation, says the hospital. Of those, about 60 per cent either have no symptoms or respond to medications. But the rest — about 60,000 patients — would need some form of intervention.

This report by The Canadian Press was first published on March 11, 2020