Motorists can expect to see officers conducting RIDE checks at any time of day and night
Nov 21, 2020 5:00 PM By: Sudbury.com Staff 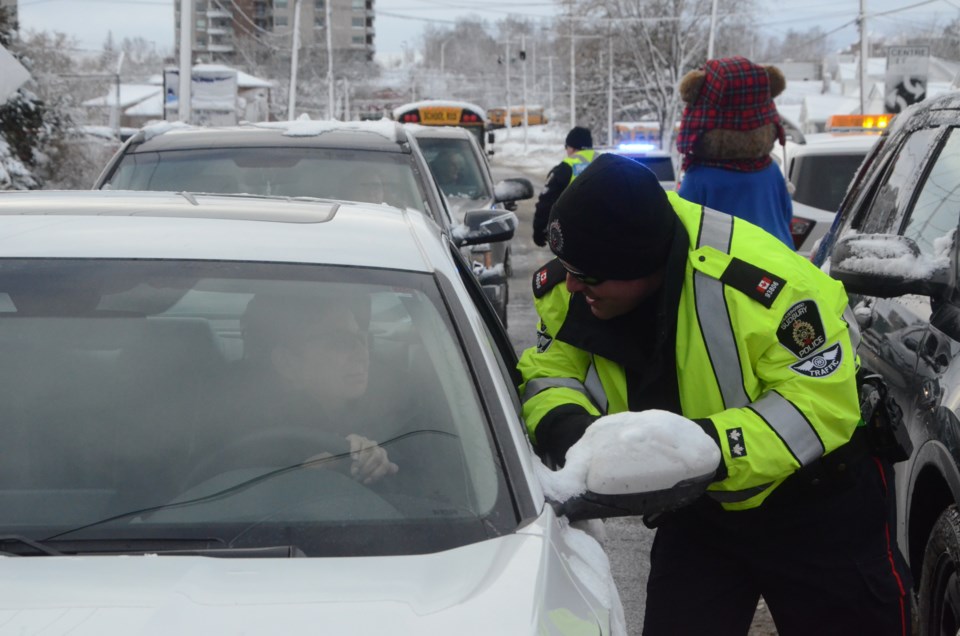 Police services across the province take part in holiday RIDE programs aimed at taking alcohol and drug-impaired drivers off our roads.

As of 2018, the Mandatory Alcohol Screening (MAS) law allows police officers in possession of an approved screening device who lawfully pull over a driver in a RIDE initiative (or through any other lawful traffic stop) to demand a breath sample without having reasonable suspicion that the driver has alcohol in their body.

Police can also demand a driver to submit to a Standardized Field Sobriety Test (SFST) and a Drug Recognition Expert (DRE) Evaluation. SFST-trained officers and DREs have the expertise to detect impairment by alcohol, drugs or both in a driver.

This is another tool that is used to enforce the provincial "zero tolerance" sanctions that apply to young (under 22), novice and commercial drivers who are suspected of having the presence of drugs and/or alcohol in their body.

Drivers and passengers are also reminded to adhere to strictly-enforced laws that address transportation of cannabis in motor vehicles.

No amount of alcohol or drugs, which includes edibles, in your body is safe when driving, said a press release from the OPP.

Motorists can expect to see officers conducting RIDE checks at any time of day and night, not only during the festive season, but throughout the entire year.

If you suspect that a person is driving or about to drive impaired by alcohol or drugs, the OPP ask that you phone 911.

''If you're going to drink and/or consume drugs, make sure to plan ahead and don't drive impaired,” said Nipissing West OPP Detachment Commander Inspt. Michael Maville.

“Let’s keep our roads safe and ensure that everyone arrives at their destination safely. Drink responsibly, and enjoy the holiday season."