Driver injured and fined after rolling vehicle on Highway 17 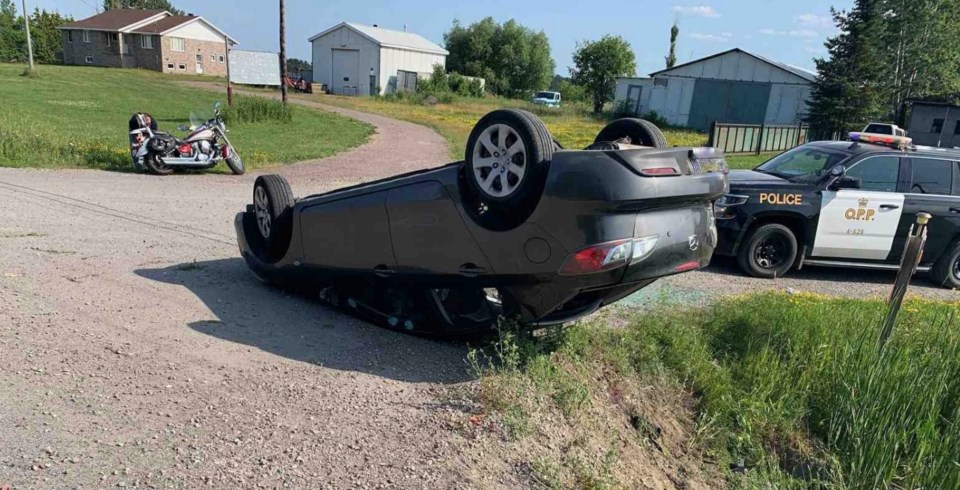 A driver was charged with $600 in fines and sustained some minor injuries after rolling their vehicle overon Highway 17 on July 8. (OPP NER Twitter)

A driver was charged with $600 in fines and sustained some minor injuries after rolling their vehicle overon Highway 17 on July 8.

Nipissing West OPP were called to the scene of a collision on Highway 17 in Verner Monday afternoon.

When officers arrived they found the vehicle on its roof on the side of the road.

Investigation revealed that the driver of the rolled over vehicle was passing another motorist and nearly struck a motorcycle in the oncoming lane.

The driver over-corrected to avoid striking the motorcycle and lost control of the vehicle, rolling it onto its roof. The driver sustained minor injuries.