GSPS said it continues to see an increase in the number of drunk or drugged drivers on the roads
Mar 30, 2021 10:00 AM By: Sudbury.com Staff 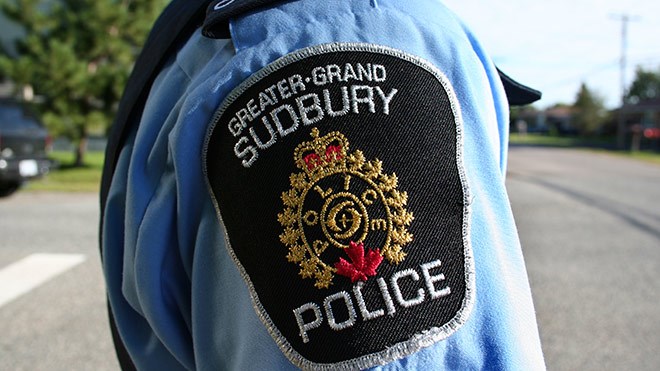 Greater Sudbury Police said it continues to see an increase in the number of drivers impaired by drugs on area roads, after charging four people with the offence in less than 12 hours.

On the afternoon of March 26, police received a call regarding a possible impaired driver.

Information provided was that a vehicle was parked in the area of Ste. Anne Road, and both the driver and passenger appeared to be unconscious.

The caller made multiple attempts to wake the driver by knocking on the window, said police in a news release. When the driver woke up, he appeared to be impaired.

While the caller was on the phone with the 911 Emergency Communication Centre, the driver drove off in the vehicle.

As officers were making their way to the area, multiple 911 calls were received regarding the same vehicle and driver.

The vehicle was being driven erratically down The Kingsway, travelling in the centre lane and swerving into traffic. One of the callers followed the vehicle onto Falconbridge Road, providing updates on its location to the 911 communicator.

Officers located the vehicle on Lasalle Boulevard and conducted a traffic stop with emergency lights activated. Officers conducted a field sobriety test. As a result of the test, the driver was arrested for impaired driving.

The man was taken to police headquarters where a drug recognition expert completed the drug recognition evaluation. The 31-year-old man has been charged with impaired by drug and will appear in court on May 19 to  answer to the charge.

“We would like to thank those community members who called our 911 Emergency Communications Centre with  timely information regarding the impaired driver,” said police in the news release. “Your dedication and commitment to road safety and the safety of  our community is very much appreciated.”

Officers were kept busy the rest of the night on March 26 and into the early hours of March 27 as  an additional three drivers were arrested and charged with impaired by drug.

All of the drivers received a 90-day licence suspension and had their vehicles impounded for seven days.

“We continue to see an increase in the number of drivers impaired by drugs on our roads,” said police. “Alcohol or drugs — impaired  is impaired. Impaired driving means operating a vehicle (including cars, trucks, boats, snowmobiles and off-road vehicles) while your ability to do so has been compromised to any degree by consuming alcohol, drugs or a  combination of the two.

“It’s simply not worth it. Plan ahead for a safe ride home. Remember, life doesn’t have a reset button. Driving is a  privilege, not a right. If ever you consider driving while under the influence of drugs or alcohol, stop and take a moment to think about the  victims who have lost their lives to impaired driving and their loved ones.

“Impaired driving hurts us all — through deaths, injuries and property damage, as well as costs for health care and  emergency response services. Driving impaired is never worth it.”