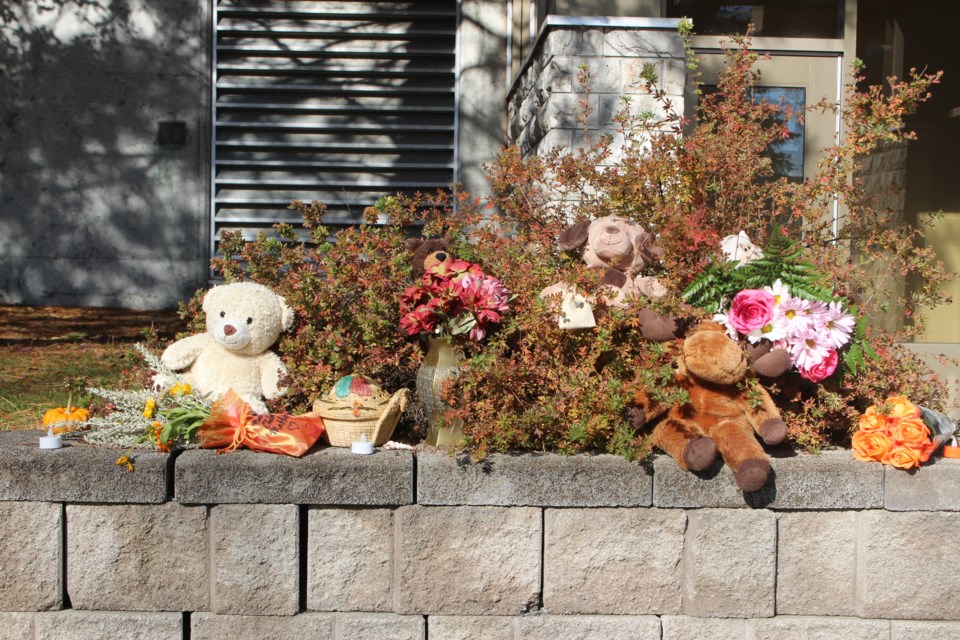 A memorial has been set up on Beech Street, where the body of a 17-year-old girl was found on Tuesday. (Ryan Marcotte/Sudbury.com)

Greater Sudbury Police are are working with the Coroner's Office to determine the cause of deaths of a pair of young women.

On Tuesday, the body of a 17-year-old girl was located in an area off of Beech Street near Ste. Anne-des-Pins church in downtown Sudbury.

Greater Sudbury Police spokesperson Kaitlyn Dunn confirmed officers were in the area for a sudden death investigation. An autopsy was done on Thursday and police say no foul play is suspected.

The police service received another call around 12:15 p.m. on Oct. 15 from staff at Health Sciences North regarding a 24-year-old woman who had been pronounced deceased after being transported to the hospital by Paramedic Services.

"We are investigating the sudden death in collaboration with the Coroner’s Office and will provide support to the Coroner throughout its investigation," said Dunn in an email.

The Coroner’s Office has scheduled a post mortem in order to determine the cause of death.

The identities of both of the deceased persons has not been released.