Inmate from Sudbury jailed for brutal attack was caught after escaping B.C. prison

Zachary Armitage was caught after he complimented a dog whose owner was an off-duty RCMP officer
0
Jul 11, 2019 10:00 AM By: Sudbury.com Staff 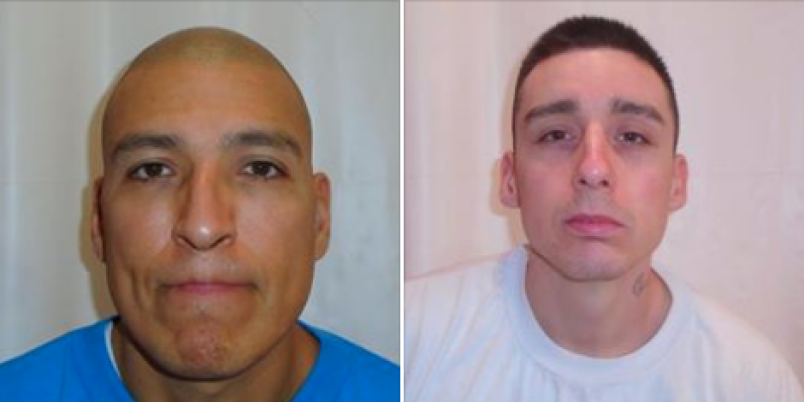 A Sudbury man who was convicted of a brutal 2009 attack that left his victim with serious permanent brain damage has been recaptured after escaping from a British Columbia prison.

An off-duty member of the West Shore RCMP captured the pair Wednesday morning, the force said in a news release.

"The off duty officer was walking his dog, a Great Dane named Lewis, in the area of West Bay in Esquimalt when the escaped inmates commented on how big Lewis was,” Const. Nancy Saggar, West Shore RCMP media relations officer, is quoted as saying in the release.

“That's when the RCMP officer immediately recognized the males as Armitage and Busch. The RCMP officer called 911 right way and kept an eye on the inmates.

“Victoria Police responded with a heavy police presence and safely took the inmates into custody."

Armitage was 19 when he was convicted for a vicious attack on Shaun Dupuis. Armitage beat Dupuis on the head while he slept in his home, then stole firearms Dupuis had in the home. The attack caused extensive brain damage, leaving Dupuis a quadriplegic and unable to speak. He died in February 2013 at age 33.

This was the second time Armitage escaped custody. In 2016, he escaped with another inmate but was captured four hours after guards realized he was gone.

According to a story in the Victoria-Times Colonist, William Head is a minimum security prison that houses 160 inmates. It prepares them for release from prison and includes houses and living units to simulate their release.

Armitage was sentenced to 18 years in jail for the attack on Dupuis and for another violent attack on another victim.

Busch, the inmate Armitage escaped with, was convicted of murdering a woman over a $20 drug debt, stuffing her body into a suitcase and leaving the suitcase near a garbage can. Before that, he was convicted of violently raping a seven-year-old girl.