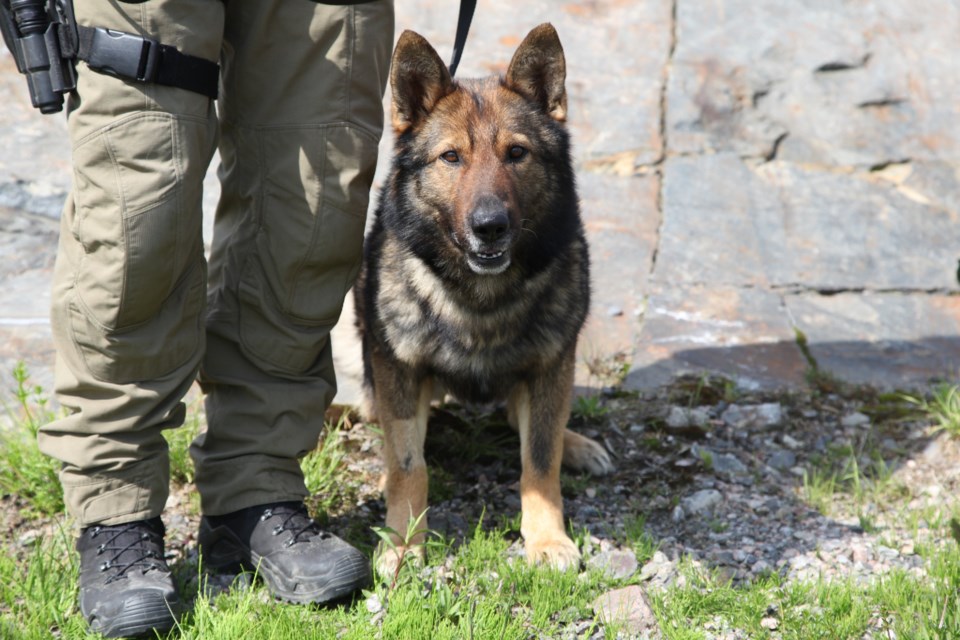 Greater Sudbury Police Services K9 Unit tracked down a man who attempted to flee from police after an early morning disturbance in Azilda. (GSPS/Twitter)

Just before 4 a.m. on Tuesday, July 28, Greater Sudbury Police Services received a call regarding a disturbance outside of an establishment on Notre Dame Avenue in Azilda.

Information provided was that a man and woman could be heard yelling at each other in the parking lot.

One of the drivers then took off on foot and patrol officers set up containment of the area in order for members of the Tactical Unit and K9 Unit to conduct a track to locate the man. While clearing the vehicle officers located a loaded firearm and ammunition.

Tactical and K9 officers started the track that led them into a residential area a short distance away. The man was found by the K9 Unit, hiding underneath a trailer.

The man was placed under arrest and transported to police headquarters where he failed testing done a GSPS drug recognition expert.

The 30-year-old man has been charged with the following under the Criminal Code of Canada:

He was scheduled to attend bail court on July 28 to answer to the charges. His name can't be released at this time as the information has not yet been sworn to through the court process.

Officers have applied for a search warrant for the vehicle. The investigation into this incident is ongoing.